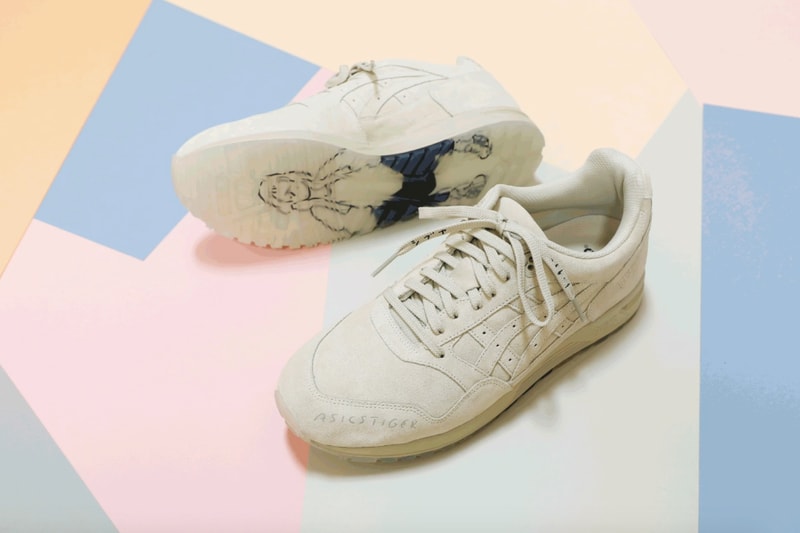 ASICSTIGER has tapped Japanese artist Yu Nagaba on a collaborative release of the new GELSAGA shoe, along with an apparel line-up. The concept of the artwork–seen on both the footwear and clothing–tells the story of a couple, where the boyfriend takes photos of his girlfriend along the streets of Shibuya and Shinjuku.

The latest GELSAGA reworks an archetype from the ’90s, crafted with an all-over neutral birch-colored leather. The slight details in this collaboration are perhaps what make it stand out from others. Nagaba’s signature line illustrations are subtly printed along the back counter, outsole and socklining of the sneaker, as well as his handwriting on the laces. The collection also includes tees in three variations highlighting illustrations of the girl, along with a black embroidered cap with hidden ASICSTIGER branding on the underside of the bill.

Marking the one-year anniversary of ASICSTIGER’s Shibuya location, the capsule will release globally at retailers like FootPatrol, END, Hanon & Browns on March 20.