Desert Daze–the festival for people who prefer a chill weekend of music to a non-stop Instagram session–returns for 2019 with what might be their most intriguing lineup to date. Top billing goes to Devo, kicking off what will be the band’s farewell tour, and three full-album concert experiences: The Flaming Lips playing The Soft Bulletin, Wu-Tang Clan playing 36 Chambers, and Ween playing Chocolate & Cheese.

The bill also includes Flying Lotus with a 3D performance, Stereolab‘s first North American show in 11 years, and sets from Animal Collective, Moses Sumney, the Locust, Parquet Courts, Pussy Riot, and dozens more. Fred Armisen will do some comedy, and Ian Svenonius leads a program of ceremonies and talks. In addition to the main music stages, Epicenter Projects will curate a space called the Sanctuary, hosting Dntel, Randy Randall, and others, and all the eye-popping visuals and trippy art installations for which Desert Daze has become known will return.

Last year’s festival got off to a slightly bumpy start, with logistical issues and a surprise rain storm on Friday night–but organizers are confident they’ve taken appropriate precautions to smooth out any kinks in the experience this time around. The event returns to the venue at Lake Perris (prior to 2018, Desert Daze was held in Joshua Tree), but with some updated infrastructure. One change: Parking on-site will now require a pass purchased in advance, which should help control the flow of arriving traffic. 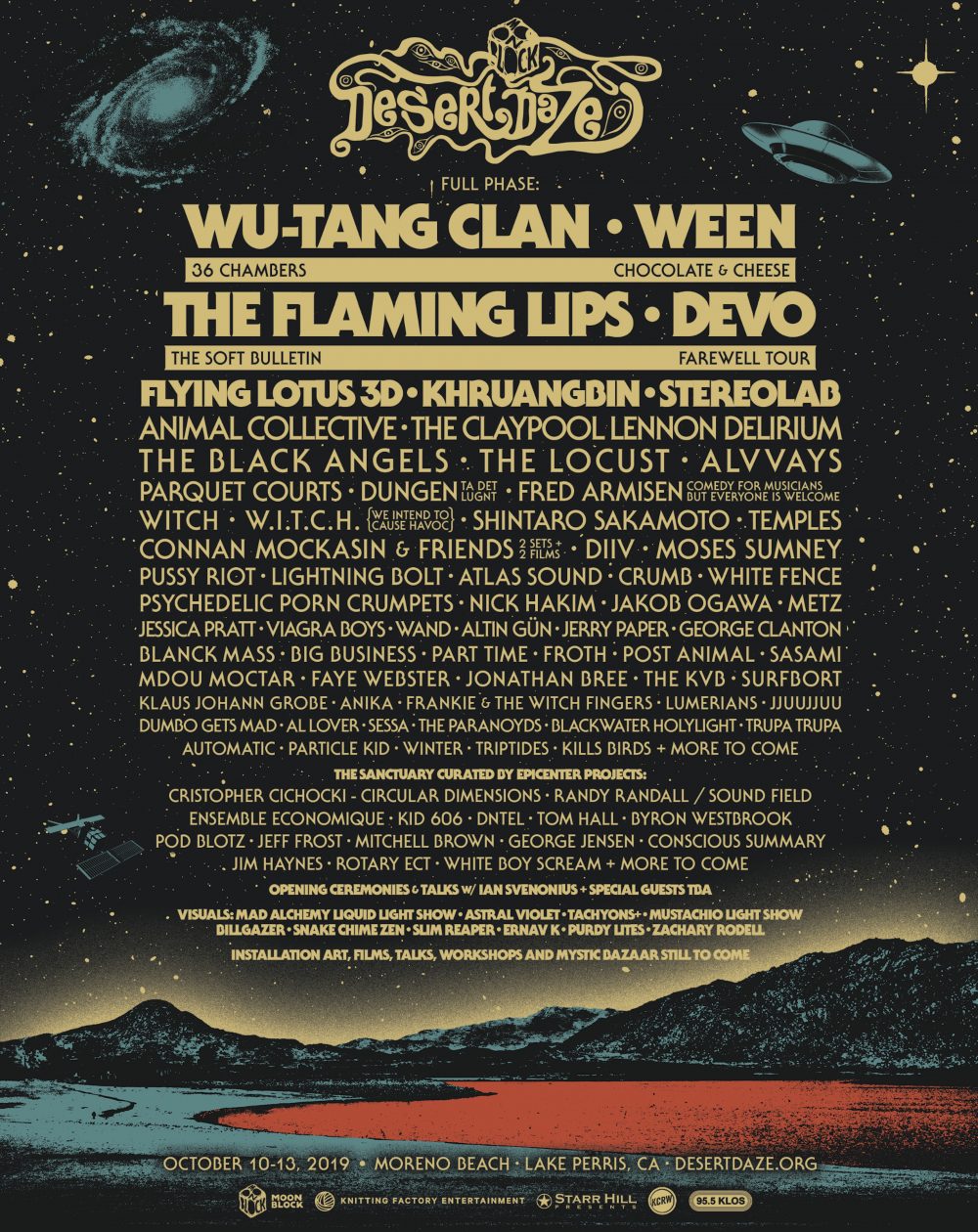