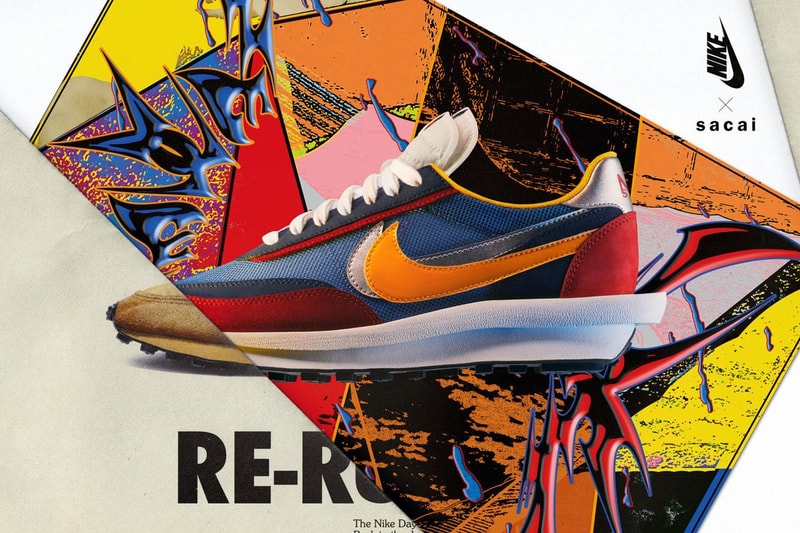 Following up on months of widespread speculation and in-depth close looks, Nike and sacai‘s footwear collaboration now finally gets official release dates. The LDV Waffle Daybreak — officially titled the LDWaffle Daybreak by Nike and the Blazer Mid are set to drop later this month.

After Chitose Abe‘s colorful designs were delayed, the sneakers have become a hot commodity in the footwear market. If you were lucky enough to snatch these up from sacai’s Paris pop-up and the surprise website launch, you aren’t worrying about the four-figure value of the trainers on resale websites. The upcoming launch offers an opportunity for fans of the brand to try again at purchasing the collab.

Nike’s official imagery showcases an array of colorways, alongside new options. The LDWaffle Daybreak is seen in color-blocked blue and green iterations, in addition to three alternatives yet to be released. Two of these debuted on the Fall/Winter 2019 runway, while a green and pink design appears with yellow and orange Swooshes. The Blazer Mid is spotted in two previously seen colorways, "Snow Beach" and "Black Legend." At the moment, there’s no word on what colorways are set to drop at specific stores. Stay tuned as more details emerge on raffles.

Take a look at the complete list of stockists below. The sacai x LDWaffle Daybreak will be available on May 16, while the Blazer Mid is set to drop on May 30.