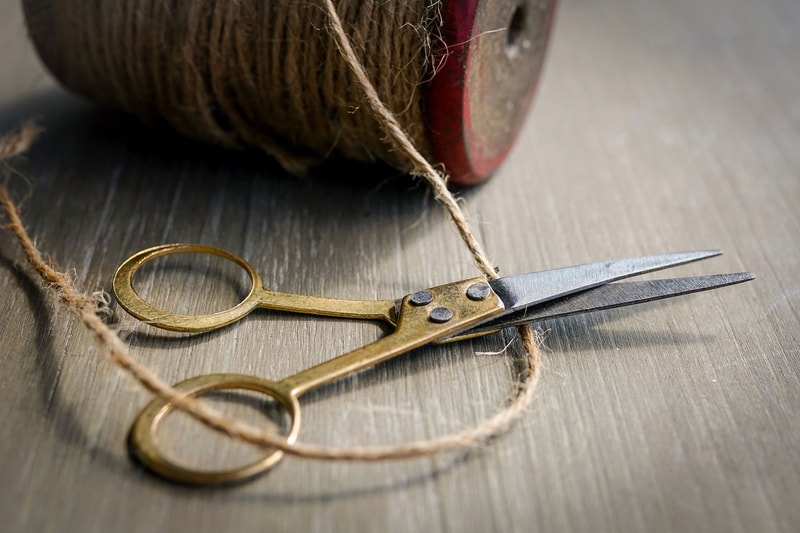 Picture hemp-based clothes, and you’ll likely imagine a rough textile akin to a burlap sack — but that may soon change. “In 20 years [hemp] will be the fabric of the future,” states Isabel Siracusa, Fabric Developer for denim brand Orta Anadolu. With the ratification of the 2018 Farm Bill, hemp is poised to become a fully industrialized commodity, as the bill allows for the plant to be legally farmed throughout the country. As Siracusa affirms, that may well lead to hemp to be more widely utilized in the fashion industry. However, hemp’s potential adoption as the textile of choice would likely disrupt fashion’s current number one raw material: cotton.

Cotton is a seemingly innocuous textile. And yet, the production of the textile for the fashion industry has had detrimental environmental impacts. Although fashion’s true contribution climate change is hotly debated, the industry’s sheer size sheer means its impact on the world can’t be ignored.

Rob Jungmann, founder of Manastash and owner of Jungmaven was elated to hear of industrial hemp’s legal status. Jungmann has advocated for hemp’s use in fashion for decades, having spent countless hours educating himself and others on the crop.

Jungmann became one of the early contemporary vanguards to experiment with the fabric in his designs. “In the ‘90s, there was a big boom, around ‘94 to ‘98. There was a big taste for it,” he explains to HYPEBEAST. He founded his first brand, Manatash, in 1993, and rooted the label in a “healthy clothing” ethos.

He created his second fashion label, Jungmaven, in 2012 with similarly ethical intentions. Jungmann’s goal is to raise awareness for the positive environmental impacts of hemp farming and, in his eyes, “the T-Shirt [is] the easiest way to spread this message.” Other brands small and large have followed a similar model to Jungmann in using hemp-based clothes to communicate a philosophy. Levi’s® Wellthread™ x Outerknown Spring/Summer 2019 collection introduced “cottonized hemp” denim garments, furthering Levi’s commitment to sustainable fashion. The innovative process in creating "cottonized hemp" has also allowed hemp’s texture, which is naturally rather rough, to feel as comfortable as its more famous counterpart.

Luxury brands have followed suit as well, as exemplified by Rick Owens‘ experimentation with hemp in tailored pieces for Fall/Winter 2011 and Fall/Winter 2018. “A lot of recent developments for upcoming seasons have been focusing on trying to use hemp in different structures and mixed with other natural or more precious fibers like silk," Jessica Kipp, Head of Research Materials for Rick Owens, tells HYPEBEAST. "This is partly due to hemp being a more sustainable choice compared to cotton or linen, but also because of its raw look and hand that creates a unique image and touch.”

Bespoke designer Evan Kinori created his namesake California-based label partly inspired by his parents’ insistence on environmentally-friendly practices during his upbringing. “I wanted stuff that was rough and sturdy,” says Kinori. “And wanted to make clothes that I could wear.” He doesn’t rely on novelty messaging, but rather wants to let the clothes speak for themselves. “Ecological fashion should be the norm. The word ‘sustainable’ in fashion is insane to use by the industry’s size," he says. "We should be striving to spread positivity and use fewer words and do more ‘doing.’”

“Ecological fashion should be the norm.’”

The United States’ decision to deregulate the production of hemp, which has largely been politicized and demonized throughout the country’s history, shouldn’t be taken lightly. Industrial hemp’s legalization could have far-ranging effects, as farmers will now be able to gather government subsidies to farm the crop, allowing them a chance to diversify their fields.

Ten million acres of cotton reserves — totaling 25.37% of the country’s farmland — has made the U.S. the third largest producer of cotton in the world, following India and China. According to the National Cotton Council, 73% of the crop’s yield is used mostly for apparel, which in turn accounts for 90% of the industry’s use of textile and has generated a $385.7 billion USD profit for the American fashion industry. That financial boon may soon be disrupted — however, it should be noted that cotton’s financial positive has come at the expense of the environment.

Typically, cotton is grown in monoculture, meaning it’s the only crop grown in a single area. Its repeated farming overtime — without the implementation of a rotation crop — degrades the soil, causing the land to eventually become barren. And because most cotton in circulation is genetically modified, studies have shown that the genomic character — changed to thwart pests — produces an enzyme that lingers in the soil well after the plant’s maturation, decreasing the soil biodiversity. Hemp production, on the other hand, requires less than a third of the water needed for cotton and yields 220% more fiber. The crop doesn’t require as many pesticides, effectively reducing water contamination and adjacent soil acidification. As well, hemp can act as a rotation crop and has phytoremediation properties, which not only breaks down toxic material in the soil but also acts as a CO2 sink to improve air quality.

Given these benefits to hemp production, it begs the question: why has industrial hemp not already become more prevalent in fashion? It’s not as though there is no precedent, as the crop was an industrial mainstay from America’s colonial beginnings up until World War II. Instead, what ended its use in the U.S. was largely racially and economically motivated.

From 1910 to 1920, Mexicans escaping the violence of their country’s revolution sought refuge in the States. Those migrants brought their social consumption of marijuana across the border; however, as xenophobic tensions in the U.S. rose, prohibitionists tied the drug to Mexican people as a scapegoat for crime and deteriorating social dynamics.

“A high percentage of citizens do not know the difference between industrial hemp and cannabis.”

The early development of synthetic fibers also dealt a blow to hemp production. Companies like DuPont lobbied for legislation to cripple the hemp industry. The Marijuana Tax Act of 1937 imposed a tariff on hemp farmers banned them from growing its illicit variant. And with an increasing emphasis on criminalizing marijuana, hemp farming was eventually officially banned altogether in 1970 with the passage of the Controlled Substances Act.

The new legislation looks to reverse the damage done in the U.S. and proliferate the material’s natural utility. But consumers by and large know little about the crop. “A high percentage of citizens do not know the difference between industrial hemp and cannabis, and get the two mixed up frequently,” explains Sarah Hayes, Director of Material Development at Patagonia.

Lack of marketing from big brands that use hemp and public accessibility to data and information on its use exacerbates the information deficit. “It’s up to big brands and companies to talk about it and consider how consumers interact with it,” Siracusa says. According to the Fabric Developer for Orta Anadolu, there may be less of an incentive for brands to be explicit about their hemp use, as it can open them up to criticism and cause them to be seen as inauthentic if they don’t also follow further sustainable practices.

There are also problems out of a brand’s control when it comes to using hemp. As both Jungmann and Kinori explain, brands can’t use social media business tools to reach new audiences due to Instagram, Twitter and Facebook’s restrictions on cannabis-related businesses and products. At the same time, Siracusa notes that organizations like Cotton Inc. have successfully lobbied to impose high duties on Americans who “import anything that is not chief cotton.” Not only that, but Kinori notes that he has occasionally found customs agents won’t release his hemp fabrics. Realistically, Jungmann believes hemp will first be adopted by other industries in the U.S. rather than fashion. Considering Italy and China have put subsidies into researching and perfecting techniques to "cottonize" the material, they are lightyears ahead of the U.S. in terms of adopting it as a textile. According to Jasper Ivy, founder of the namesake label, “The U.S. needs machinery, a decorticator, that can separate all parts of the plant right here in this country. In recent news, there may be one coming to the U.S. from Canada that will be able to do that.” But for some designers, such as Jungmann and Kinori, the ability to make a purely American-made product from plant to a final piece of apparel remains in the distant future.

To be frank, there may be no incentive in a post-industrialized society to create facilities that can necessitate the development of proper textiles in the U.S. According to Jungmann, “fashion follows poverty,” and big corporations have a comparative advantage in reducing their overhead by moving production into poorer countries with loose workers’ rights.

“It’s up to big brands and companies to talk about it and consider how consumers interact with it.”

As hemp is a “cash crop,” it’s relegated to the ebbs and flows of capitalism. Small American farmers have a greater incentive to make a profit from the crop; however, fluctuating seed prices and an involuntary reliance on pervasive, genetically-modified  Monsanto seeds could hinder their prosperity. And hemp has been at the center of litigation, as organizations like PHYLOS are at the forefront of stopping companies to become the "Monsanto of weed." That potential monopolization will hurt small farmers, and raise prices in the textile commodities market thus putting stress on the fashion industry.

Pew Research group asserts that the American sentiment about marijuana — and by extension hemp — is changing drastically from the “Reefer Madness” days. And according to the Global Fashion Agenda’s The Pulse of The Industry report, more than half of executives now believe that sustainability should be a guiding principle in their strategies. Adopting hemp can help booster an eco-friendly ethos across the industry, but it’s of course it’s just one piece of the puzzle.

It is idealistic to expect one product to strengthen environmentally-conscious farming and sustainable fashion practices. Yes, hemp could remedy cotton’s problems, but this is a small piece of a larger convoluted problem. According Siracusa, the solution ultimately lies with brands — not consumers. For progressive practices to make an impact, it will be the responsibility of fashion labels to foster new research in develop new materials, alongside educating their consumers. But that also means placing the Earth’s wellness over profit.