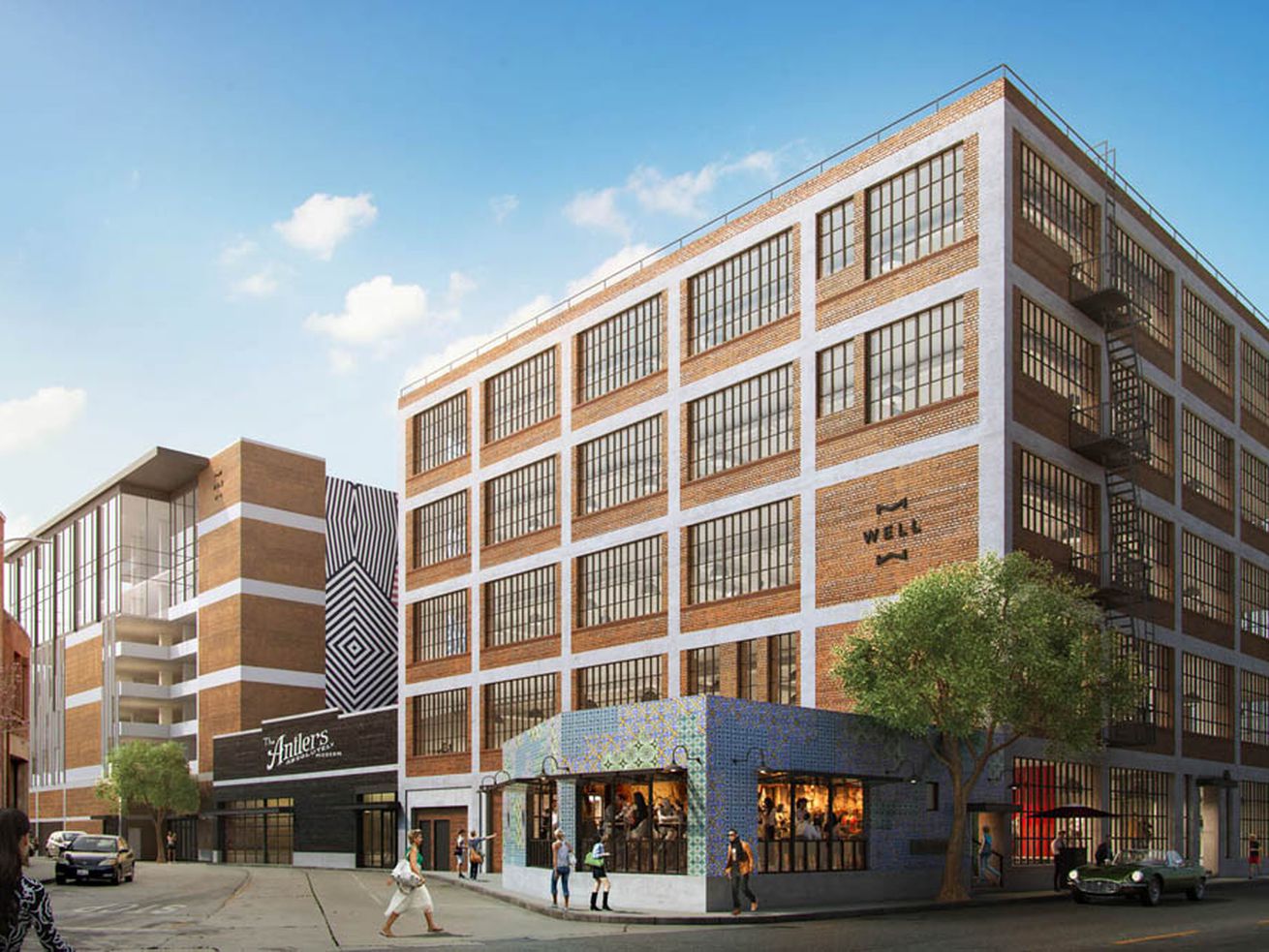 The office space heavy-hitter is leasing up 100,000 square feet

The coworking company WeWork is reportedly closing in on a deal to lease two buildings in the Maxwell development in the Arts District, The Real Deal reports.

The three-building complex at East Fourth Place and Mateo includes the five-story, 1920s-era Maxwell Coffee building, now offices, and an under-construction eight-story building with parking and offices that will be complete this summer. (A commercial building is not part of the deal.)

The development is owned by Hudson Pacific Properties, has leased entire buildings to Netflix in Hollywood and, on the Westside, to Google, which rented up all the not-yet-available office space in the Westside Pavilion.

As TRD notes, this is the Arts District’s first WeWork, though it has at least a dozen in Los Angeles.

The neighborhood continues to attract office tenants. Spotify is moving into At Mateo, nearby on Mateo and Palmetto, which it will share with the meal-replacement company Soylent and the USC Roski School of Art and Design.