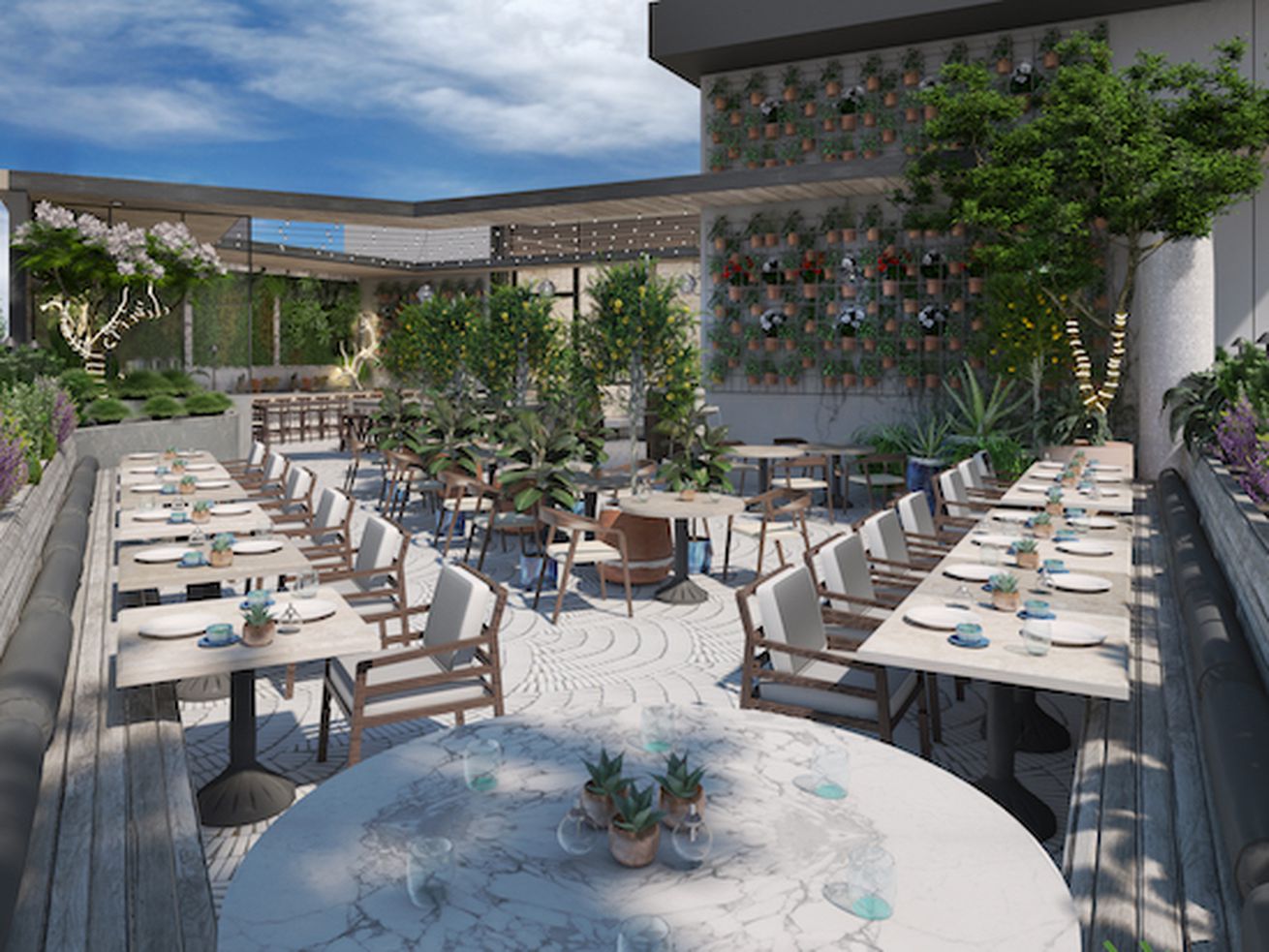 Last December, the City of West Hollywood announced the arrival of cannabis consumption lounges and restaurants in 2019. Officials approved eight consumption licenses where smoking, vaping, and edibles would be permitted on-site. It was only a matter of time before the first cannabis restaurant came to light, and this one is by popular marijuana brand Lowell Herb Co. and will call the eatery Lowell Farms: A Cannabis Cafe, which hopes to open this summer.

The company recently signed a lease in West Hollywood, but is mum on the location. Judging from the renderings, Lowell Farms appears to be a rooftop restaurant with expansive views, a mostly outdoor dining area, communal tables, and live (non-cannabis) plants.

Andrea Drummer will lead in the kitchen and build cannabis into every dish. A veteran cannabis chef, Drummer produced private marijuana events throughout Los Angeles since 2012 with her business, Elevation VIP Coop. Her menu will feature fresh and seasonal dishes using Lowell’s cannabis which can include THC (which creates a high), the non-psychoactive CBD, or both.

State law prohibits the consumption of both alcochol and cannabis on the same premises, so Lowell Farms will make do without alcohol by placing an emphasis on teas, single-origin coffees, fresh juices, and smoothies.

Lowell Farms was initially named Flore, which might have caused confusion for those heading to eat at Flore Vegan in Silver Lake. As a cannabis product business, Lowell developed a following for producing stylish joints from naturally-grown cannabis. Construction has not commenced, so this story is still developing.