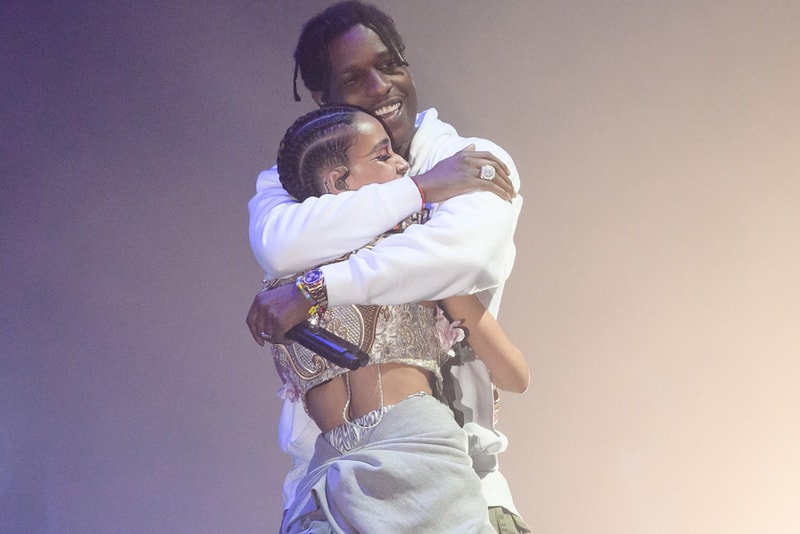 FKA twigs recently showed off her pole-dancing skills in the music video for her new single "Cellophane," and now the singer has treated fans to a live performance of "Fukk Sleep" with A$AP Rocky over the weekend. The British artist hit the stage at New York’s Park Avenue Armory for the Red Bull Music festival, bringing out the rapper to join her for the collaborative track, which originally released last May.

A series of fan videos posted on social media show the duo in action, sharing the same sauve energy as their visuals that dropped in November, before topping it off with an embrace. Check out some of the clips from Instagram below.

This marks just one in a series of pit stops planned for FKA twigs as she gears up to release her second LP. The songwriter is also slated for this summer’s Afropunk Brooklyn and Primavera Sound music festivals.