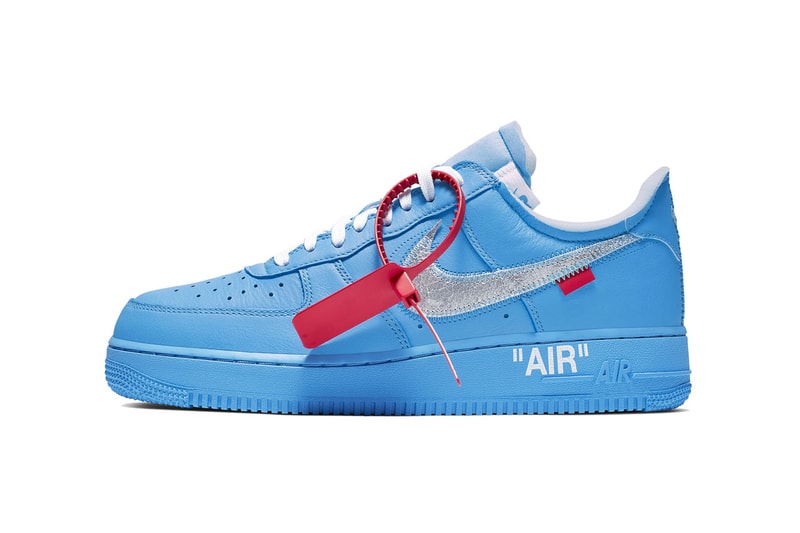 Virgil Abloh has his hands full for the next few months. Along with his landmark "FIGURES OF SPEECH" exhibition at Chicago’s Museum of Contemporary Art, the designer continues to work with Nike; recently, the duo announced a Re-Creation Center in Abloh’s home city. Now, Nike has clarified some information regarding Abloh’s latest collaborative sneaker.

Initially only available for Serena Williams, the “University Blue”-hued Air Force 1 ’07 was initially rumored to drop at the designer’s "FIGURES OF SPEECH" show. Nike has confirmed that these rumors are unfounded, however, and the bold silhouette will not be dropping at the museum.

Like past collaborative Air Force 1 sneakers, Abloh’s latest design sports deconstructed elements around the upper, with tonal hues stretching across the entire shoe and Abloh’s signature quotation marks surrounding the "AIR" branding on the midsole. A bright red ziptie adds some strong contrast, while the Swoosh retains the visible stitching seen on past models. Unlike those models, which saw a wider release, this take on the classic basketball sneaker sports a striking silver Swoosh, much like the design released for the MoMA’s "Items: Is Fashion Modern?" exhibition in 2018.

Check Frenzy’s site and Nike SNKRS for American drop information to be announced in the forthcoming weeks.

Meanwhile, Frenzy recently hosted the release of an exclusive Abloh-designed T-shirt ahead of the MCA exhibition.