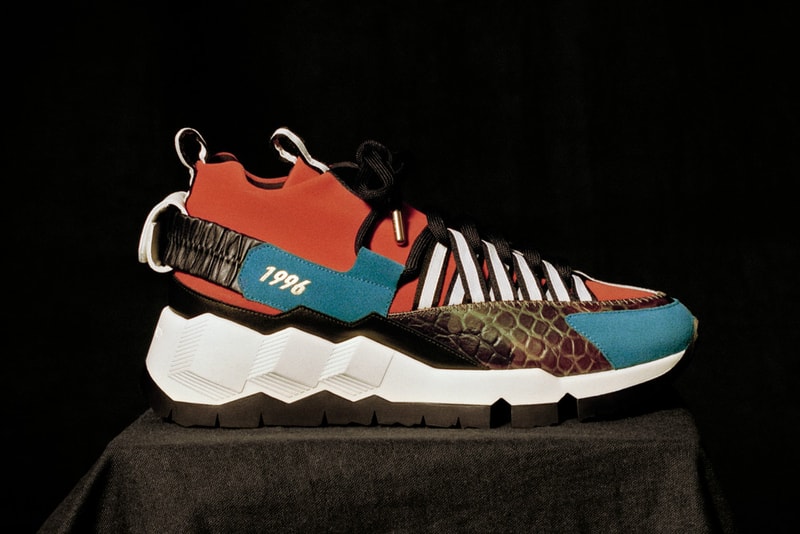 The "1996" model marks the year that Cruz "fell in love with football," and features a colorblocked upper with camouflage paneling and gold-foil branding. A monochromatic black and grey scheme takes over the "2006" edition, which represents the athlete’s first season with the University of Massachusetts Minutemen. Rounding out the trio is the red, white and blue-coated "2012" version, paying direct homage to the New York Giant’s team colors, as well as the pinnacle year that Cruz helped the team claim the Super Bowl XLVI win. A scrunched detail and "V.C.I" logo at the heel finishes off each style.

"The look became something performative or Olympian — a super-competitive shoe. We tried to push the aesthetic to the maximum, to make the sneakers as expressive as possible,” said Hardy.

Priced at $795 USD, the V.C.I is available now at Pierre Hardy boutiques in New York, Paris and Tokyo, as well as the label’s webstore.

For more news, read up on Marshawn Lynch reportedly retiring from the NFL again.

The inspiration behind creating this collaboration with @pierrehardy is to celebrate three important years in my life. VC1 is dropping in TWO HOURS Link in Bio!!! #PierreHardyxVictorCruz #VC11996 #VC12006 #VC12012