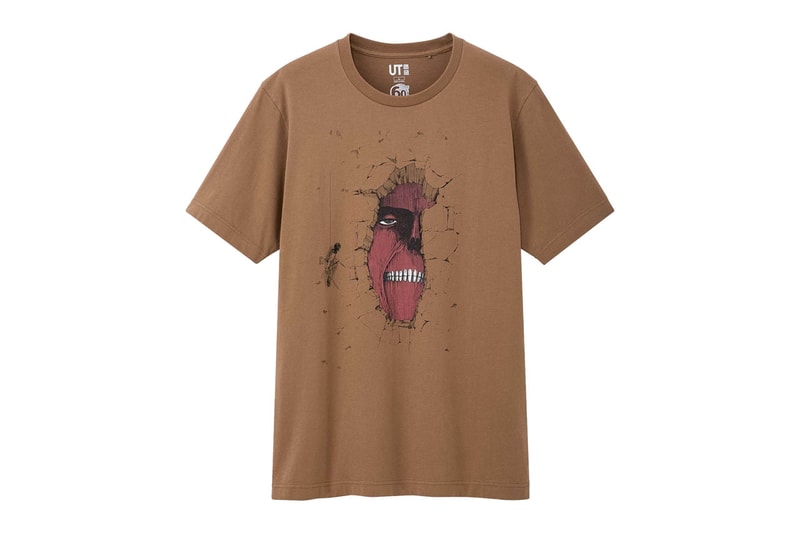 Following the joint efforts last year, UNIQLO and Shonen Jump are rejoining for more collaborative tees. This time, the effort sees the manga magazine celebrating its 60th anniversary with a host of shirts honoring some of Shonen Jump‘s biggest hits in Japan.

Following the recent One Piece Stampede collaboration, the manga selected for this drop are comparatively smaller, though some will undoubtedly be recognizable to manga aficionados. A series of UNIQLO UT shirts all pay homage to Hajime no Ippo, Fairy Tail, The Seven Deadly Sins, Negima! Magister Negi Magi, Shōta no Sushi and Attack on Titan, each realized with its own thematic designs.

Encompassing over a dozen distinct designs, the collaboration delivers designs inspired by the whimsical characters that exist in each of the manga series. The adorable Hawk from The Seven Deadly Sins appears alongside the hardworking Sekiguchi, star of the ’90s comic Shōta no Sushi. Attack on Titan‘s design sees a fearsome titan peering out from a crack at the center of the shirt, while the entire class of Negima! Magister Negi Magi appears on the front of a similarly-toned brown tee.

Most recently, UNIQLO announced both a forthcoming Fortnite UT collection and restock of the KAWS collaboration.