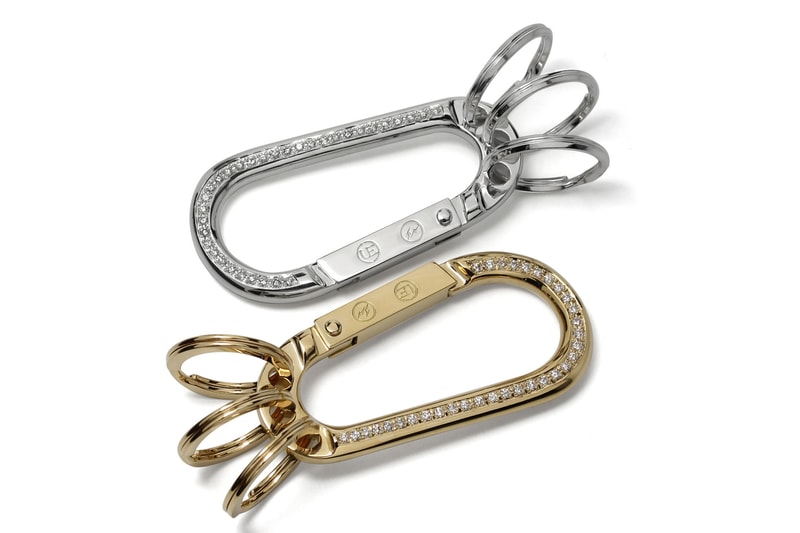 Known for putting its own spin on menswear staples, uniform experiment resurrects its statement-making carabiners after a brief hiatus. Partnering once again with Japanese jewelers IVXLCDM, the specialized rings are crafted with 18-karat gold and encrusted with a row of diamonds on the side, and feature the UE and thunder logos along the gate. The accessories include three key rings for added functionality, and also come in a silver version.

These carabiners are expected to release at the IVXLCDM store at Isetan Shinjuku on March 16.While there’s no official pricing information yet, the 18-karat carabiner retailed for ¥2,000,000 JPY (approximately $18,000 USD) when it was released back in 2017.

In case you missed it, be sure to also check out Ben Baller’s recent BAPE-inspired puffy link chain which he designed for Kid Cudi.