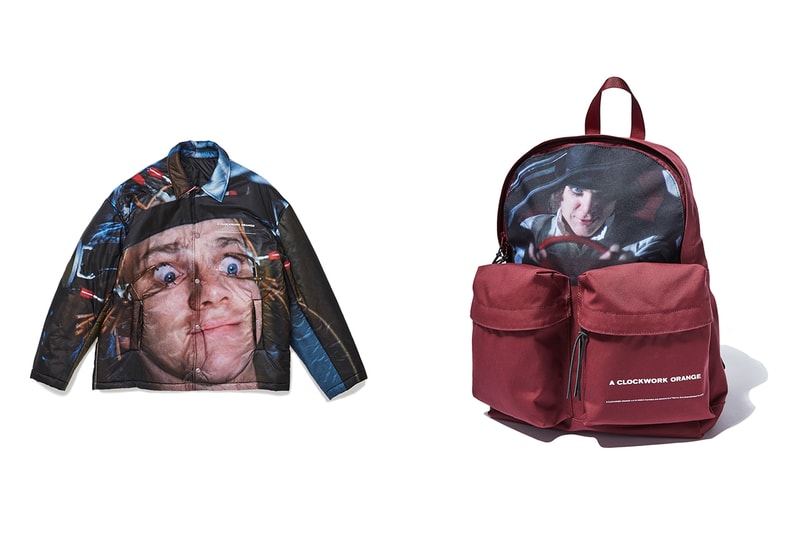 Jun Takahashi of UNDERCOVER has referenced one of his favorite movies — Stanley Kubrick’s iconic A Clockwork Orange — for his upcoming Fall/Winter 2019 collection.

The collection was previously seen on its FW19 runway at Paris, which was seen alongside collaborations with Nike and Valentino. In the collection, UNDERCOVER has used a number of iconic scenes from the 1971 film, such as Alex DeLarge driving and the moment when Alex is forced to watch disturbing footage as a way of aversion therapy. The pieces are graphic-heavy and saturated in color, featuring screenshots from the film on puffer jackets, sweatshirts, hoodies, T-shirts, sweatpants and bags.

Other items such as a red zip-around wallet feature the film’s title screen printed on the front and UNDERCOVER branding on the inside in gold, matching the zip and zip-pull detailing. A white shirt is an exceptional understated piece, as its bold branding switches up the traditional formal piece. A split-graphic funnel neck sweater rounds off the collection’s offering.

Take a closer look at the A Clockwork Orange-inspired UNDERCOVER pieces in the gallery above and pick up your favorite garments online.

In case you missed it, check out Willy Chavarria’s SS20 runway.