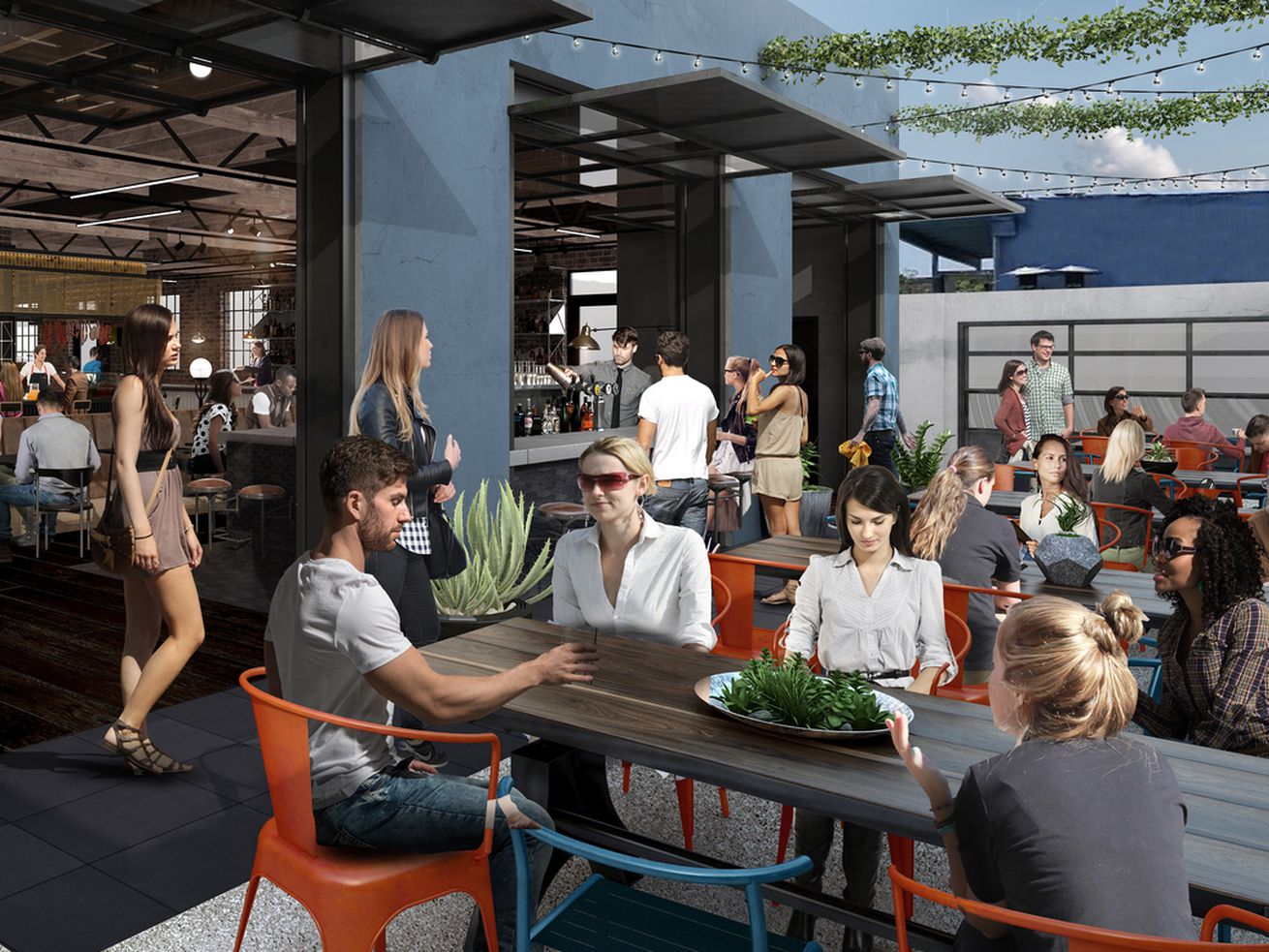 It’s an exceptionally busy time in Culver City right now, with tech and entertainment companies galore lining up to vie for some seriously prime real estate. And in the middle of all that madness is Citizen Public Market, the Rick Moses-owned food hall slated to open at the end of the summer in downtown Culver City. So far firm details on final tenants have been scarce, but it looks like at least one familiar face is heading for the rooftop upstairs with lots of cocktails and bar snacks.

The as-yet unnamed new cocktail lounge area of Citizen Public Market will be operated by the team from Highland Park’s Cafe Birdie and Good Housekeeping, as well as barbecue staple Horse Thief in Downtown LA. Owners Wade McElroy and Russell Malixi tell Eater that they’re planning a 550 square foot bar area on the second floor of the market, with access to an attached communal patio area to be used by all tenants inside. The space will focus primarily on cocktails and wine from Andrew Corbett, the former sommelier at sister project Cafe Birdie, though there will also be some light food — think bar snacks, cold apps, and the like — available alongside the other vendors inside the property.

In total, the Citizen Public Market plans to have just about 10 different vendors inside, each offering something slightly different. There’s an option for pizza, plus fresh oysters, and more to be announced down the line, with McElroy telling Eater the plan is to be up and running either by late August or early September. Got more details on who is coming to Citizen Public Market? Hit the tip line, anonymity guaranteed.