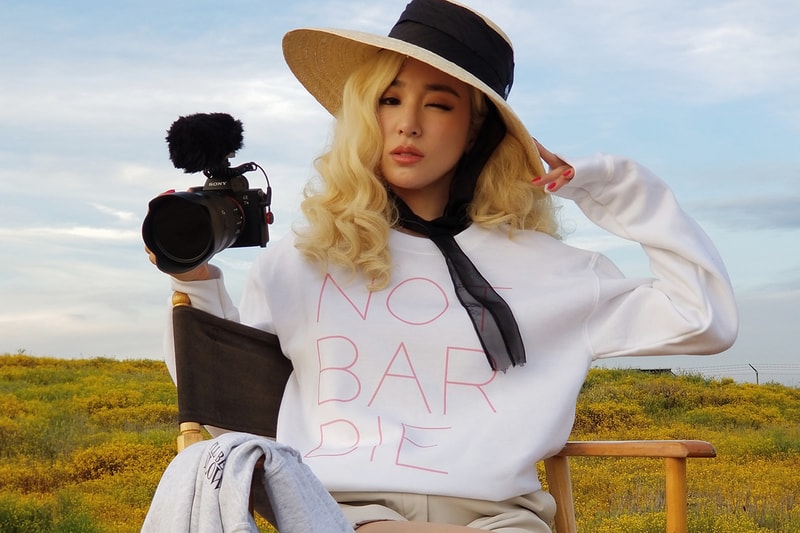 Having made her stateside debut in February with her first U.S. EP, Lips on Lips, Tiffany Young has been keeping herself busy over the past few months, including going on a mini North American tour and greeting fans in Toronto, New York, Seattle and Los Angeles among other cities. While the tour wrapped up in March, the K-pop idol-turned-solo artist has recently announced the launch of her official Lips on Lips merch, available to shop exclusively on her website.

The eight-piece drop is made up of hoodies, long-sleeved crewneck sweatshirts as well as T-shirts emblazoned with graphics inspired her latest record. From the romantic, rose-printed "I’ll Be Your Flower" hoodies to the white and pink "Not Barbie" sweater as seen in the images above, head over to tiffanyyoung.com to shop the fan merch. Pricing ranges from $26 USD to $43 USD.

For more from Tiffany Young, read our exclusive interview with the singer where she discusses the legacy of Girls’ Generation, her ambitions as a solo artist and her budding acting career.

Back in March, Young received the honor of Best Solo Breakout at the iHeartRadio Music Awards 2019. Take a look at the winning Jean Paul Gaultier outfit that she wore on the victorious night.

on set at the “runaway” mv shoot ?. the new Lips On Lips Official merch just arrived, im excited to announce its LIVE now at my new store www.tiffanyyoung.com ?