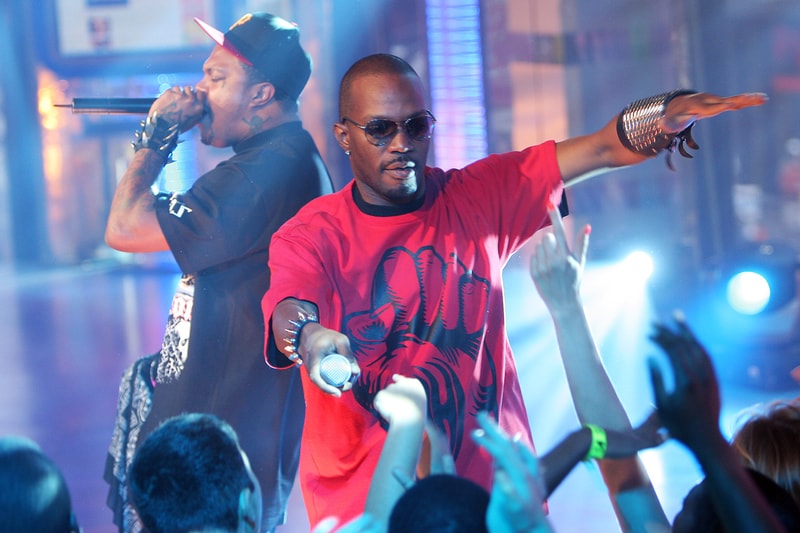 After going on a long hiatus, Juicy J, Gangsta Boo, Crunchy Black and DJ Paul have all finally decided to reunite for a series of glorious Three 6 Mafia shows.

Dubbed "The Return of Three 6 Mafia" tour, the news comes after performances in Atlanta at One Musicfest when Juicy J and DJ Paul made the announcement. Gangsta Boo will be joining them at the Landers Center on October 12, taking place at Southaven, Mississippi, just around the outskirts of where the group originated, Memphis. Other special guests will be joining the tour, too: Bone Thugs-n-Harmony, DMX, Lil Wyte, Project Pat and La Chat. After seven long years, fans will finally get to see the current members back at it, reeling through the classics alongside new music the group has been cooking up.

DJ Paul mentioned in a statement: “This year has already been a banner year for new music and production from both of us. I know this is what the fans have been asking for, so we’re ready to bring them the classics, along with our new music in the best possible way. To quote LL, don’t call it a comeback, we have officially been here for years, and we’ve got a lot to show for it. Just wait to see what comes next.”

Though we get to see one date on the promotional artwork, official tour dates have yet to be revealed. Stay tuned for the latest updates as the dates start rolling in.

Elsewhere, check out Tyler, The Creator performing IGOR in full.