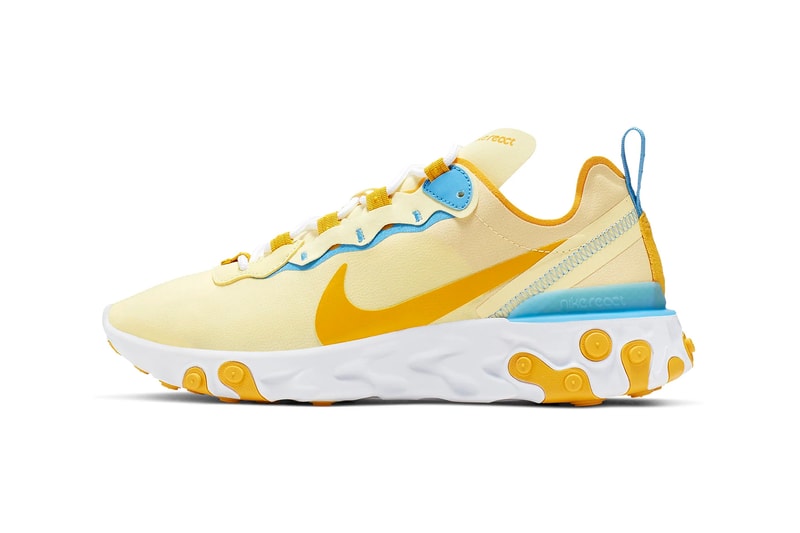 Nike‘s React Element 55 launched earlier this year in a color-blocked design titled "Electric Blue." Now the model has been unveiled in a hue dubbed "Bicycle Yellow/Universal Blue." The futuristic trainer is marked by an upper emblazoned with a bold yellow Swoosh.

Detailing also arrives in the form of a pastel yellow upper paired with hits of teal throughout. The model also comes with a white sole paired with reflective graphics and white lacing. Last but not least, the design features teal heel tabs and miniature, yellow Swooshes on the back. Pair these sneakers with a pastel slip dress and a picnic basket-inspired bag for an easy summer look.

Head over to Nike’s web store to purchase the React Element 55 in "Bicycle Yellow/Universal Blue" where a pair prices out at $130 USD.

In case you missed it, take a look at Nike’s Air Force 1 "Vandalized."