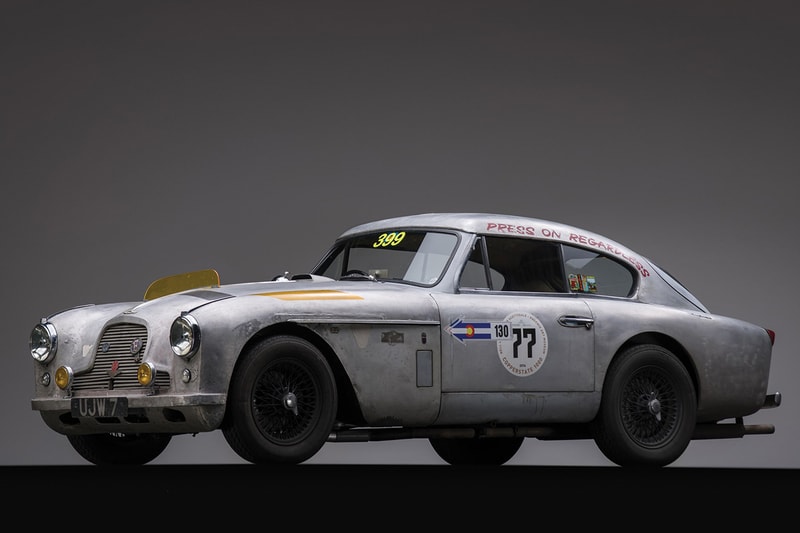 A one-of-a-kind Aston Martin DB2/4 MKII from 1957 is heading to auction at the RM Sotheby’s Monterey Car Week in August.

This well-loved example is just one of 199 units and features a full mechanical restoration. However, its rally-induced patina has been left untouched, adding character and history to the car’s David Brown-era bodywork. The vintage Aston was originally finished in black inside and out and was sold in England, but by 1995 found itself in Pasadena, California.

In 2008, the DB2/4 was found in a Californian desert, where it gained its weathered appearance. The owner had its internals restored and rallied the Aston at classic car events such as the 2013 Mille Miglia. Its unusual appearance features stickers and dented panels all over, as well as damage as a result of a collapsed roof falling onto the car. Stickers such as "Press On Regardless" and "Can’t Be Crushed" sit alongside its vintage yellow bug-screen and David Brown tractor badge.

In related news, this 1965 Aston Martin DB5 from James Bond’s Goldfinger will also be heading to Monterey.