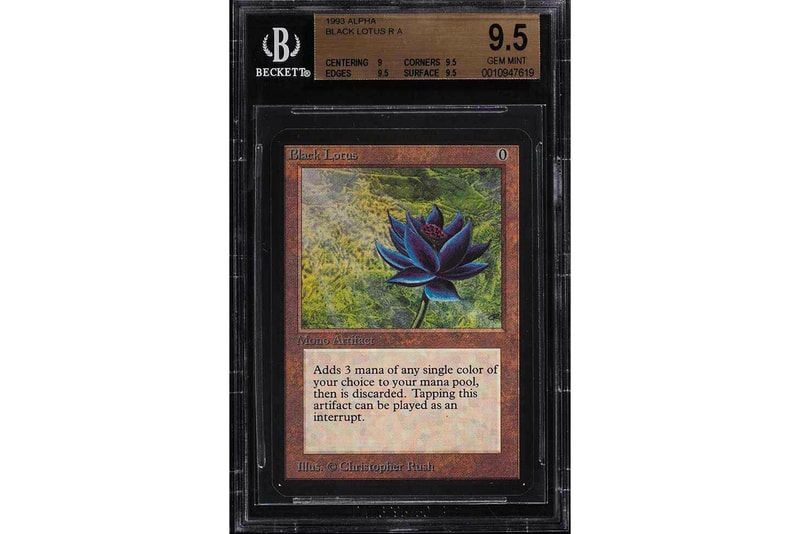 Shortly after a first edition copy of Super Mario Bros. sold for $100,150 USD, the collectible marketing is continuing to heat up as a rare Black Lotus Magic: The Gathering card recently sold for $166,100 USD.

Sold on eBay, the gem mint card is part of the trading card game’s very first printing, known as the Alpha set. Cards found in the extremely limited Alpha set feature rounded corners and black borders, which were removed from the standard design of all subsequent Magic: The Gathering printings.

The card that recently sold also holds a 9.5 rating from the Beckett grading service, making it as close to mint condition as possible. Last year, a 9.5 rating Black Lotus was sold for $87,672 USD, meaning the recent sale saw a nearly 100 percent increase in value. The reason why the Black Lotus card has remained so important in the Magic: The Gathering world is because of its scarcity, unmatched effect that allows users to add three mana for no cost and its colorless nature that allows it to function in any deck.

Head over to eBay to learn more about the incredibly rare card.

In case you missed it, BAPE and Medicom Toy ready 1000% takes on their "ABC CAMO" BE@RBRICKs.