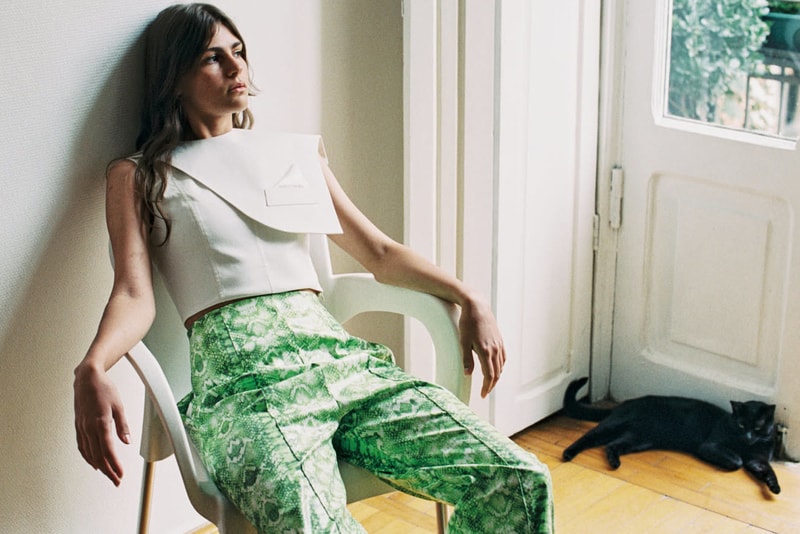 Where fashion weeks once comprised solely of the big four – New York, London, Milan and Paris – in recent years there’s been a spotlight placed on less-recognized cities that are carving out a style identity of their own. One of those rising hotspots for emerging talent is Georgia’s capital, Tblisi.

Although Georgia has given us designer superstars like Vetements’ Demna Gvasalia and former Mugler artistic director David Koma, it’s also a thriving playground for fashion’s next-gen. As Mercedes-Benz Fashion Week Tblisi kicks off its Fall/Winter 2019 showcase, we rounded up some local names you ought to keep an eye on in the coming seasons. Read on for our top selections and get ready to revamp your wardrobe wish-list.

Kopaliani’s work sits perfectly in the space between feminine and subversive. While some pieces individually can fall into either realm, it’s when they’re styled together that Kolaliani’s eccentricity shines through. Alongside oversized, boxy shirts in gradient hues of pastels and acid neons and cycling shorts are smart, tailored coats and patterned trousers. The designer’s signature, spiraled logo is also present through some pieces, including as a necklace that will inject some pizzaz into any look.

Technically, Matériel isn’t what could be classed as an emerging brand. It actually began life way back in 1949 as Materia, which is one of the oldest apparel manufacturers and retailers in the country. Now, Matériel operates under the helm of a rotating lineup of young designers including Aleksandre Akhalkatsishvili who also has his own namesake label. Akhalkatsishvili has definitely injected the brand with some of his signature details like blurring the lines between masculine and feminine shapes, a bold use of color and an affinity for blending textures that’s seen both his own line and Matériel stocked at renowned global retailers like Browns.

You might be familiar with the name George Keburia; his ultra-skinny sunglasses were everywhere when the matrix shades were all the rage. The self-taught designer, who similarly is a Matériel alumni and is stocked at Browns,  launched his label in 2010 and has since showed at both Milan and Paris Fashion Week. Inspired by Georgian heritage, each season he fluctuates between hyper-femininity, sexuality and futurism as themes within his work. While accessories may be the driving force in Keburia becoming a recognized names rest assured, his apparel offering is not one to be slept on.

This brand is one that really captures the designer’s own unique, unshackled spirit. A punky, DIY ethos lies at the heart of Damian’s pieces, which defy gender norms and instead focus on subculture and spirit. Last season was filled with ravey neon tones that landed on everything from fuzzy sweaters to ice skater-esque dresses and skimpy string vests. There’s no doubt that Damian will be full of surprises season upon season but rest assured, this label isn’t for the faint-hearted.