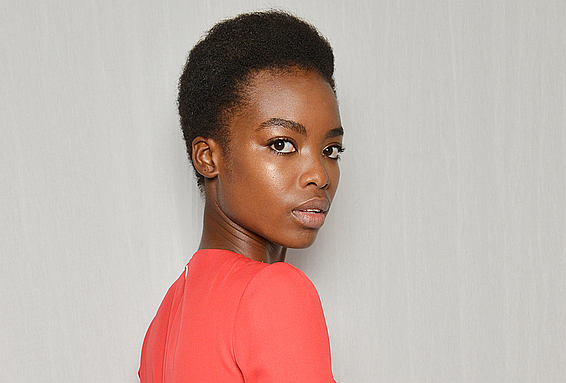 Tacking the word “acid” to the end of any ingredient is enough to scare a lot of us away for fear that the seemingly harsh ingredient will just worsen our skin-care woes. Proof that acids are nothing to be afraid of? Glycolic acid, which experts contend is safe—and usually recommended—for every skin type. Here, the ABCs on the must-try acid.

You May Also Like: Is Kojic Acid Safe? Here’s Everything to Know About the Skin-Brightening Ingredient

The make up
Glycolic acid is a derivative of sugar cane and belongs to the alpha hydroxy acid (AHA) family. Because glycolic acid boasts the smallest molecular size of the group, Dr. Nichols says it’s easier for the acid to penetrate the skin. “This allows it to be effective for treating concerns such as acne, blackheads, dullness and oiliness,” she adds. Aside from clearing out the gunk clogging our pores, glycolic acid does a number on dull skin and seriously stimulates the production of collagen and elastin for smooth, line-free skin.

What does glycolic acid do to the skin?
“Glycolic acid aids in desquamation of the skin, which is a fancy scientific word for exfoliation,” says Kelly Dobos, cosmetic chemist and president of the Society of Cosmetic Chemists. “It loosens the desmosome, which are tiny ‘glue’ spots between cells,” she adds. Simply put, glycolic acid lifts up the “glue” that holds dead or discolored cells on the surface of the skin. “In doing this, the acid promotes skin turnover to reveal softer, younger-looking skin and even skin tone,” says Dobos.

Does glycolic acid work on all skin types?
It may sound rare for an acid to work on every skin type, but it’s true: Dr. Nichols says glycolic acid is great for oily, normal, dry and combination skin types. Dr. Ross agrees: “All skin types can use glycolic acid, except those with very sensitive skin or rosacea,” he explains, adding that it may exacerbate any sensitivity.

Does glycolic acid help with acne?
Absolutely. In fact, this one of the better-known uses for the acid. “Glycolic acid is very helpful as an adjuvant acne treatment and also for some hyperpigmentation disorders,” says Dr. Ross. Dr. Nichols explains that the acid also contains phytic acid, which aids in skin clarity and brightness.

What percentage should we look for?
“Consumer products like moisturizers and cleansers typically contain less than 10-percent glycolic acid with a pH greater than 3.5 to limit irritation,” Dobos explains. According to Dr. Ross, the concentration of the glycolic acid found in your products should not exceed 15 percent.

Another guideline: “Those with very dark skin tones should not use concentrated formulas,” he says. The good news: there are so many options available at different concentrations (we’ll get to that later). These percentages can be found at the top of your skin-care products.

When and how should we use glycolic acid?
So should we be using this acid every day? According to Dr. Ross, you definitely can. “Glycolic acid can be used as part of your daily skin-care regimen in patients as young as 12.” However, that doesn’t always mean you should.

Dr. Nichols adds, “If you have sensitive skin or are using a retinol, it’s a good idea to use this product only two or three times a week rather than nightly.” It’s also a good idea to use glycolic acid at night, rather than in the morning, as the skin can become more sensitive when exposed to the sun. “If you choose to use glycolic acid during the day, wearing a broad-spectrum sunscreen is a must,” Dr. Nichols says.

Where can we find it?
Dr. Nichols says glycolic acid can come in many forms, such as part of a cleanser or a skin pad, but the possibilities don’t stop there: “Under the supervision of trained cosmetologists and dermatologists, higher percentages of glycolic acid can be used as skin peels and treatments,” adds Dobos.

The most popular of the bunch is perhaps the chemical peel, an in-office treatment where a trained skin expert applies a higher concentration of a particular acid—glycolic and salicylic acids are popular options—in such a way for the active ingredients to penetrate deeper into the skin than a topical at-home product would allow, but without a ton of downtime. (Read more about chemical peels here.)

What are the best glycolic acid products?
While the exfoliator is available in a ton of variations, Dr. Nichols has a new favorite: SkinCeuticals Renew Overnight Glycolic 10 ($80). “It contains a free acid value of 10 percent glycolic acid which is one of the highest concentrations I’ve seen as a night time glycolic acid product, so the results my patients are seeing are impressive,” she adds.

Some of our favorites? Murad Replenishing Multi-Acid Peel ($65), which exfoliates and hydrates skin in the same sweep for zero irritation; for a high-concentration of the acid in an easy-to-use formula, The Inkey List Glycolic Acid Toner ($10) can’t be beat; SkinFix Resurface+ Glycolic Renewing Scrub ($30) is an in-shower must to keep all-over bumps and crepiness at bay—especially in the summertime; and COSRX AHA 7 Whitehead Power Liquid ($19) is a lighter, but still effective, option for those with deeper skin tones.

What’s next for glycolic acid?
Dobos says that the ever popular acid is creeping into yet another arena: hair care. “Because it is the smallest alpha hydroxy acid it can also easily penetrate the hair cuticle. Glycolic acid helps to provide heat protection during styling and reduces friction during brushing and combing,” she explains.

The result: a reduction in breakage and split ends. Plus, Dobos says it also benefits the scalp through exfoliation to reduce flaking. Find it in Christophe Robin Detangling Gelée Cleanser ($39), a weightless formula that can be used as a scalp treatment or conditioner.