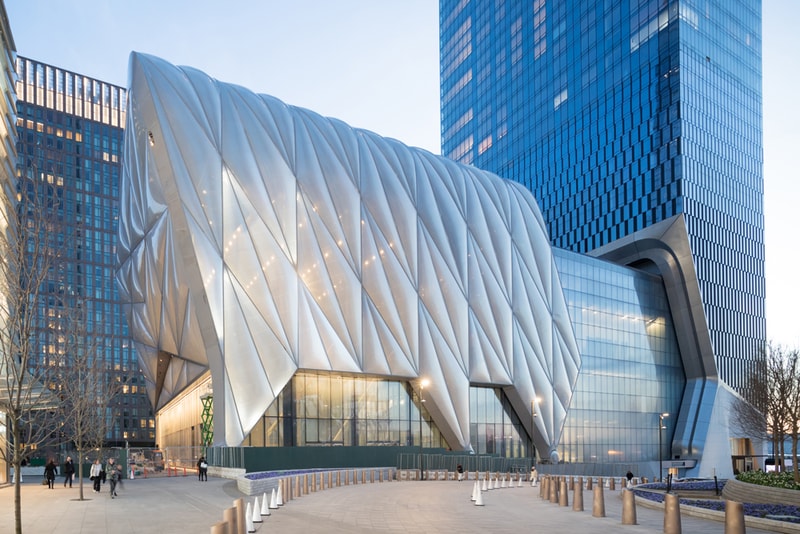 Alongside the high-tech Neiman Marcus store opening and the long-awaited Snark Park shop, The Shed’s grand new Bloomberg Building adds yet another touch of splendor to New York’s Hudson Yards complex. The 200,000-square-foot structure was more than 10 years in the making and today its doors have officially opened as a cultural hub of art and music.

DILLER SCOFIDIO + RENFRO led the architecture on the project in collaboration with Rockwell Group, with the price tag totaling up to $404 million USD upon completion. The massive steel and glass building spans eight levels, including two floors dedicated to gallery space, the "Griffin Theater," and "The Tisch Skylights" area which operates as a rehearsal space, creative lab for artists and arena for events. Perhaps the most impressive aspect of The Shed is its telescopic outer shell which can be adjusted in order to create an even larger amphitheater, dubbed "The McCourt," should performers require it. The main entrance connects to the High Line and leads into the lobby, which houses a bar, shop and ticketing booth. Offices, dressing rooms and storage spots are nestled in the back-of-house area.

The Shed is kicking off its launch with "The Soundtrack of America," a five-night concert series featuring musicians including PJ Morton, Rapsody and Smino. More information and tickets can be found on the company’s website.

For more in design, check out the enormous National Museum of Qatar in Doha.

Get a first look at our building before we open on Friday evening with #SoundtrackOfAmerica. We can’t wait to welcome everyone to the opening season of #TheShed! ? David Mitchell for @Bloomberg