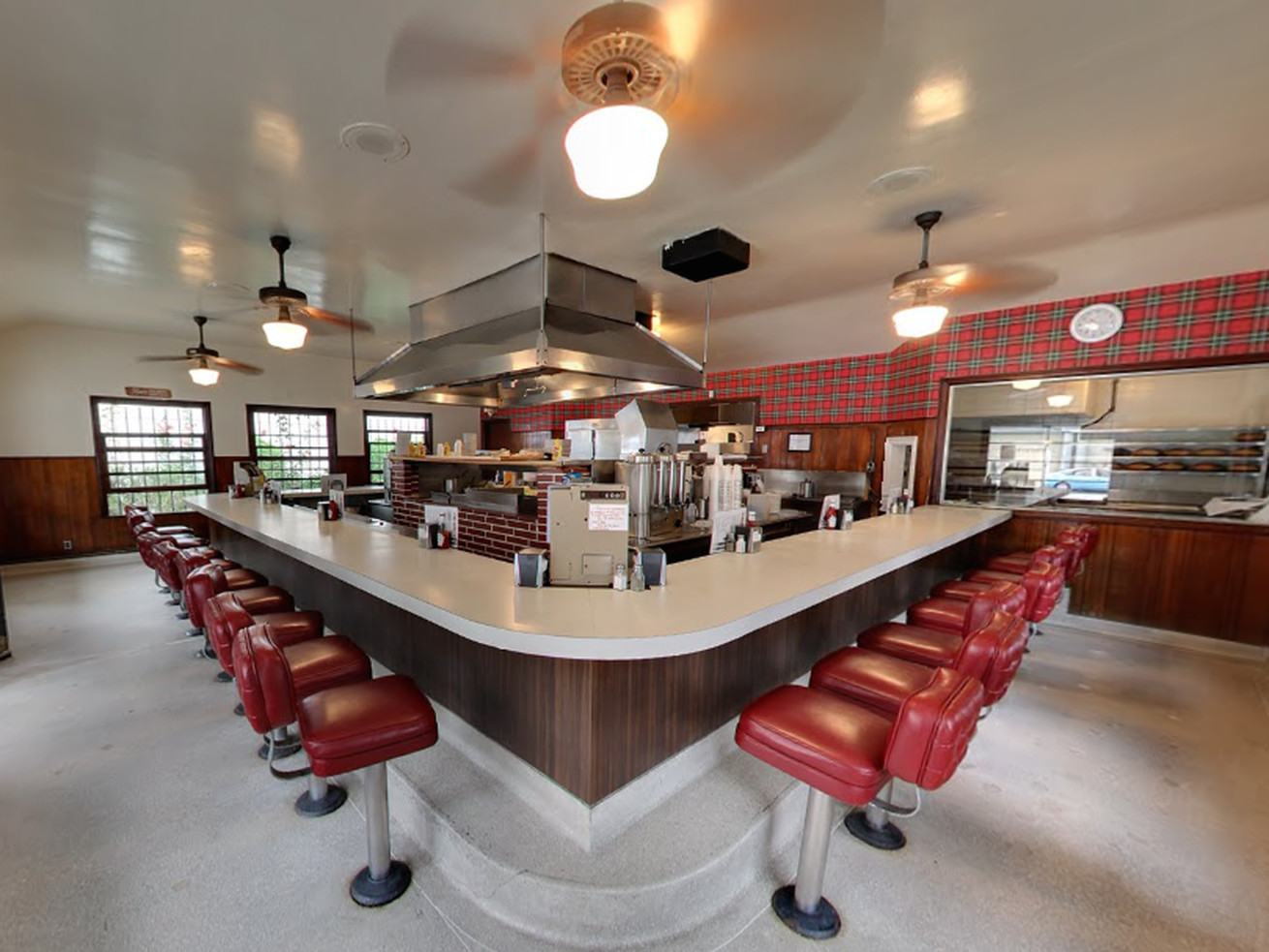 Today LAist breaks the news that The Apple Pan will have new owners in Irving and Shelli Azoff. Former owner Sunny Sherman, who is the granddaughter of the original founders, confirmed that the 1947-established burger restaurant sold the business to the Azoffs knowing they would preserve the character of the place and keep all the employees. Sherman said that her 90-year-old mother Martha Gamble had been suffering from poor health in recent years and wanted to focus on taking care of her. Sherman also says that she’ll help with the ownership transition, staying around to advise the Azoffs on the business’s operation.

The news comes off of months of speculation and rumors that the nearly 72-year-old restaurant had been sold. The Azoffs, who are also part of a new ownership group for Beverly Hills’ Nate n’ Al Deli, were long time customers who understood The Apple Pan’s place in LA restaurant history. Sherman also tells LAist that she still owns the land that The Apple Pan sits on, which means the Azoffs only acquired the recipes and contents of the restaurant.

Eater has asked the Azoffs for comment and is awaiting word on whether they would expand the restaurant to additional locations or maintain a single place in West LA. The area, which has developed slowly over the past few years, received a major injection of development after it was announced a few weeks ago that Google would be creating an office building out of the Westside Pavillion, a shopping mall across the street from the restaurant.

The Apple Pan is known for its famous burgers, the relish-riddled steakburger and the smokier hickory burger, in addition to homemade pies that sell by the dozens every day. The unique interior, with its dim lighting and counter layout, will remain in place for diners to continue to experience. One wonders if the new ownership will introduce any new menu items or update other aspects of the place like accept credit cards or even delivery.

Irving Azoff is a powerful music industry mogul who manages The Eagles, among other businesses.