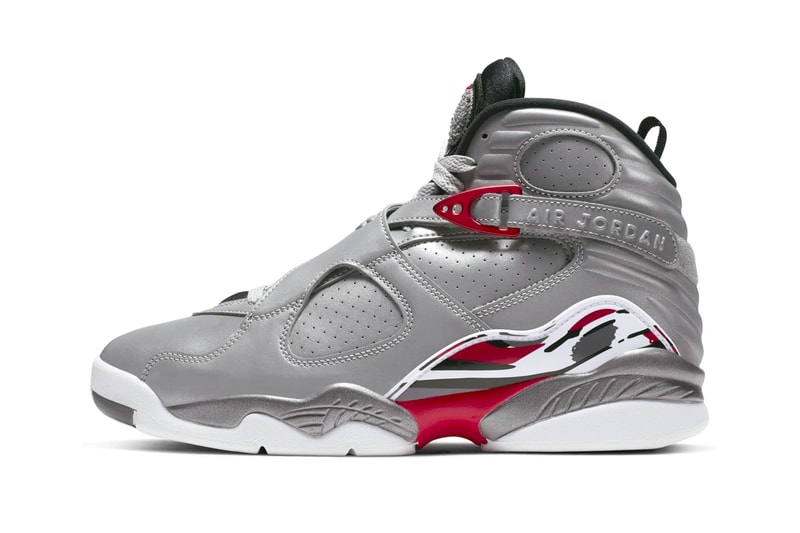 While the much-anticipated Paris Saint-Germain x Air Jordan 6 is expected to drop in July, Jordan Brand has been unveiling a slew of other high-profile sneakers on the slate. One such release is the upcoming “Reflections of a Champion” pack, celebrating Michael Jordan’s first three-peat.

Featured in the pack are the silhouettes Air Jordan 6, Air Jordan 7, and the Air Jordan 8 — a nod to the sneakers MJ wore during championships won from ’91 to ’93. Each of the pairs is dominated by reflective fabrication while streaks of red are added in respect to the footwear colors seen on the basketball legend’s feet during the years. Highlights on each pair include the icy translucent outsole on the AJ6, the yellow Jumpman logo on the AJ7 and a vivid camo print found on the lower sides of the AJ8.

The Air Jordan “Reflections of a Champion” pack are set to release on June 8 at Nike’s website for $225 USD each.