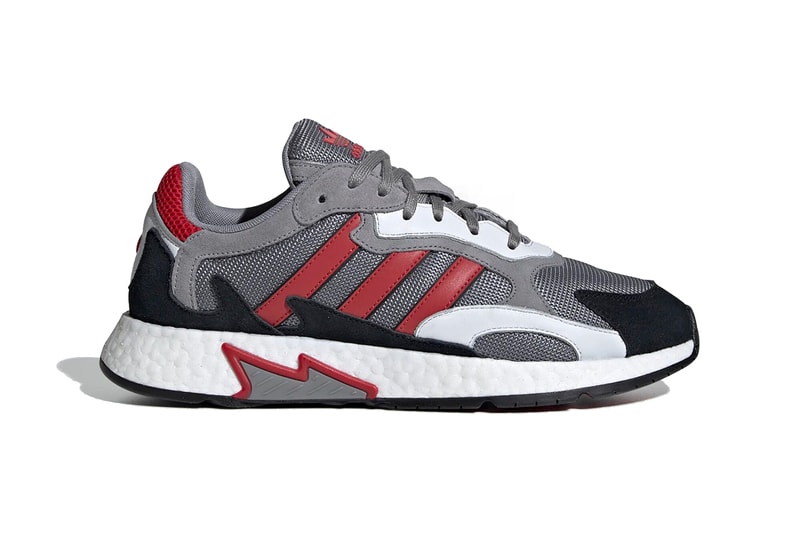 The ’90s-inspired adidas Originals TRESC RUN is back in two new color choices. We first saw the model back in November, then it was quickly followed up by a special red iteration from Kid Cudi’s Asterisk Collective. Today, the BOOST-boasting model is revealed in "Grey/Scarlet-Core Black" and "Core Black/Shock Red-Easy Orange."

The first sees its multilayered upper treated in grey with black and red detailing on its suede overlays. The latter takes a subtle approach with an all-black upper and contrasting Three Stripes insignia done in blue, orange and red. Lastly, both versions carry prominent 3M reflective detailing for added visibility in the dark.

Both editions of the adidas Originals TRESC RUN arrive on February 15 for $130 USD at select adidas stockists and adidas.com.

Those who still prefer the adidas UltraBOOST can browse through the model’s forthcoming Game of Thrones collection.