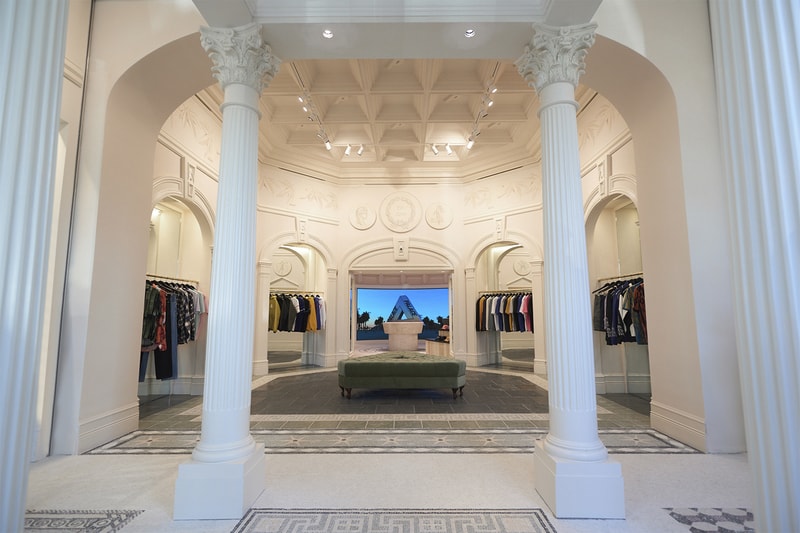 After opening its Tokyo location last year, Palace continued its global initiative by setting up shop in sunny Los Angeles. Serving as the British skatewear label’s second stateside outpost, the flagship was announced via a tongue-in-cheek video featuring the likes of Rory Milanes, Lucien Clarke and more accompanied by scenes associated with the Southern California city.

Centered around a playful take on Roman architecture, the interior of the flagship features a clean white aesthetic defined by sculpted wall murals, arches and beams. While darker tiled floor segments and mosaic tile art honoring ex-Palace team rider Blondey McCoy and the California grizzly bear offer a touch of contrast. Moving deeper into the store, Palace has created a rotunda that spotlights accessories and houses a curved screen that plays of the label’s signature off-kilter visuals for customers heading to the changing rooms.

Take an inside look at Palace’s new Los Angeles flagship above.

In case you missed it, take a look at Palace’s Summer 2019 lookbook.