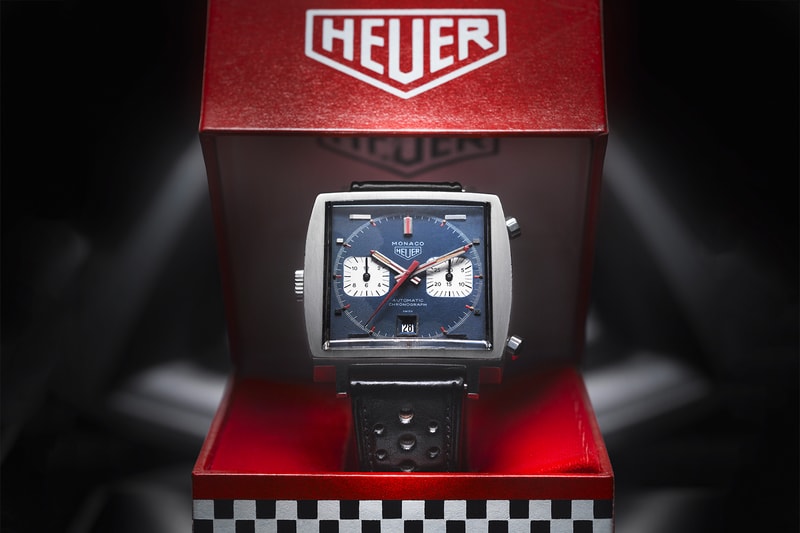 TAG Heuer‘s iconic Monaco is now onto its 50th anniversary, and to celebrate this milestone, the watch brand is set to release a new limited edition model along with a collector’s coffee table book.

The book, titled Paradoxical Superstar will uncover the Monaco’s popularity amongst watch enthusiasts and how successful the watch was contrary to what was generally accepted as a sports watch at the time. With its square case, blue dial, red and blue hands, and crown placement at the 9 o’clock position, the Heuer Monaco broke away from a lot of traditions in watchmaking, and was the first water-resistant square watch with an atomatic chronograph — the Calibre 11 movement was a joint-effort between Heuer, Breitling and Hamilton.

Not only an icon in the watch world, the TAG Heuer Manaco is also well known in automotive racing, thanks to its popularization from Steve McQueen’s character in the ’70s movie Le Mans. Paradoxical Superstar will also contain never-before-seen photos and sketches of the watch, along with a number of special stories penned by famous Monaco-owners, and a special foreword by H. S. H. Prince Albert II of Monaco.

Look for the Paradoxical Superstar book and the limited edition Monaco watch to drop at TAG Heuer boutiques and online from May 2019.

Introduced on March 3rd, 1969 at press conferences held simultaneously in Geneva and New York City, the development of the #HeuerMonaco was announced as the world’ first automatic chronograph. #Monaco50 #Calibre11 #Chronomatic50