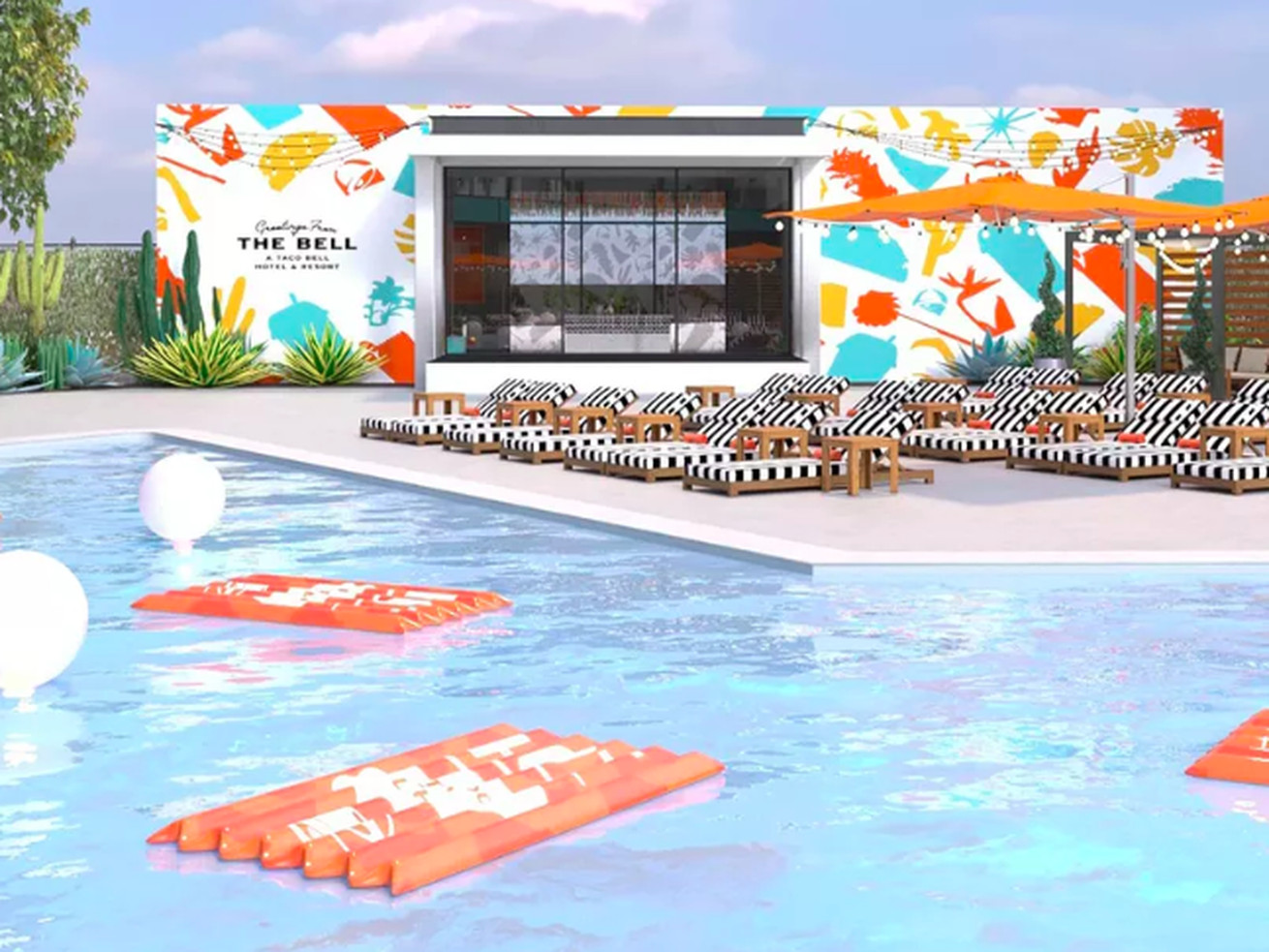 In late-May, Taco Bell made a surprise announcement destined for the V Palm Springs hotel. A low-desert corporate-themed pop-up hotel with DJs, yoga, cocktail hours, movie screenings, branded mani-pedis, pool parties, and of course, items from the Taco Bell menu. Folks lined up for online reservations yesterday at 10 a.m. on a first-come, first-serve basis, which sold out within two minutes, according to the Desert Sun. It’ll be fascinating to see how visitors will hold up during the pop-up’s run from August 8 through 12, which can be unbearably hot in the Coachella Valley.

In mid-2018, Tony Esnault and Yassmin Sarmadi closed Spring, the couple’s Downtown’s French fine dining restaurant, only to make a cross-county trek to South Coast Plaza for their next venture. Knife Pleat opened yesterday, and while menu isn’t front and center at the moment, the restaurant’s Instagram posted images of modern French dishes that Esnault is known for. There’s a minimal crudo with hiramasa, plankton, asparagus, ginger, puffed quinoa, and pickled mustard seed, and a lamb rack with eggplant, zucchini, tomato, couscous, mint, lemon, and harissa. Knife Pleat is open for dinner until tomorrow, but on July 2 will reopen Tuesday through Saturday from 5:30 p.m. until 9 p.m. In September, they’ll emphasize a daily lunch service and shift to dinner from Monday through Saturday.

It’s been a little over a week since the revamped Formosa Cafe reintroduced itself to Los Angeles. The historic restaurant and bar opens its rooftop lounge tonight, which could become the city’s new hot spot for cocktails.

Gluten-free on the Westside

Toddrickallen reports that owner/baker Erin McKenna opened a new spot in the former Blue Plate this week, which is the second SoCal location for Erin McKenna’s Bakery, formerly Babycakes. McKenna’s gluten-free, vegan reach is vast, with locations in New York and Disney World.

One of Hermosa’s beloved dive bars closes this Sunday. The Beach Reporter says it’s been a long time coming, as Suzy’s Bar & Grill’s owner was denied a permit back in 2016. Suzy’s replacement comes from the owners of Barsha Wines and Spirits, who plan to quickly flip it into an unnamed Mediterranean-inspired restaurant later this summer.