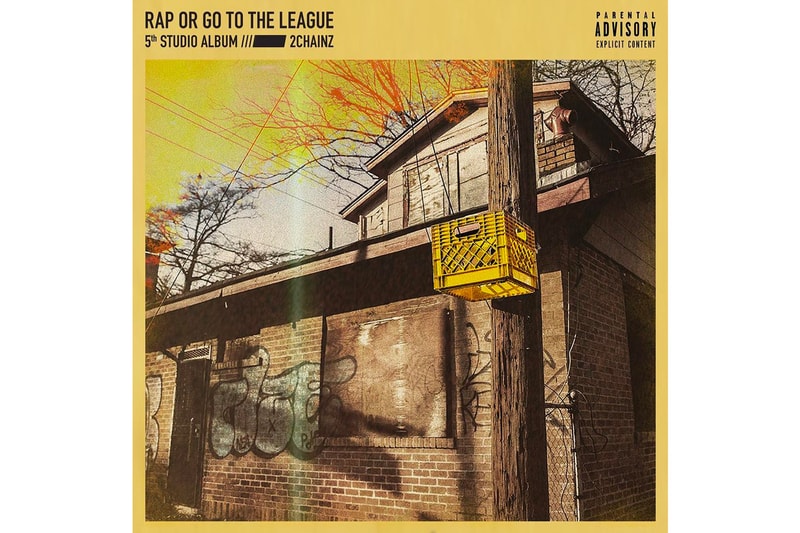 After sharing the project’s cover art, tracklisting and a line of complementary merch, 2 Chainz‘s fifth studio album Rap or Go to the League is finally here to stream.

Acting as a follow up to 2017’s Pretty Girls Like Trap Music, the new 14-track EP is packed full of guest appearances including the likes of Kendrick Lamar, Lil Wayne, Ariana Grande, Travis Scott, Chance The Rapper, Lil Wayne, Ty Dolla $ign, Kodak Black, and Young Thug; 2 Chainz also enlisted the help of Marsha Ambrosius for some soulful vibes. Along with the aforementioned powerhouses, NBA superstar LeBron James was the A&R for the album.

Stream Rap or Go to the League in its entirety below via Def Jam. Along with the drop, 2 Chainz and James will sit down with Apple Music to discuss how the project came about and will touch upon the project’s collaborators.

In terms of the album’s merch, the line consists of graphic T-shirts, an NBA-styled bomber jacket covered in ATL Record labels, boxer briefs, a snapback, and a collection of stickers. Each purchase will come with a digital copy of the album.

Just performed #1 with @marshaambrosius for Jimmy Fallon Tonite … are y’all ready for MIDNIGHT tho??? ⛓?