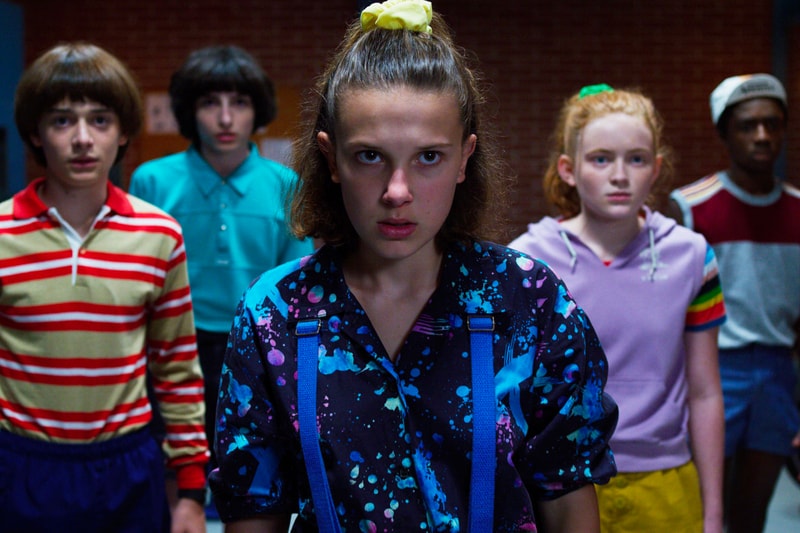 Just a couple of days after the third season of the huge ’80s sci-fi hit released globally on Netflix, the streaming platform announced on Twitter that the show has already broken viewing records, accruing an astronomical 40.7 million account views in just four days time. Even more impressively, almost half — 18.2 million (to be precise) — accounts have watched the entirety of the eight-episode season. Netflix also shed light on its statistics, previously explaining to Entertainment Weekly — a rare move on behalf of the streaming giant, which normally isn’t as transparent — that account views are counted only when a viewer has watched 70 percent of the total running time, including credits.

Speaking about the latest season and especially the finale, David Harbour, who plays Sheriff Hopper, said: "I would be very surprised if this wasn’t your favorite season, and I’d certainly be very surprised if you didn’t think that episode eight was the best thing we’ve ever shot, because I’m convinced that that episode is so, so unexpected, so beautiful, so big, so tight. Not a second of downtime, not a second where you’re waiting for anything. To me, it’s a masterpiece. Episode eight is a masterpiece."

For more things Stranger Things, there’s an upcoming collaboration by the show with Fortnite.

40.7 million household accounts have been watching the show since its July 4 global launch — more than any other film or series in its first four days. And 18.2 million have already finished the entire season.