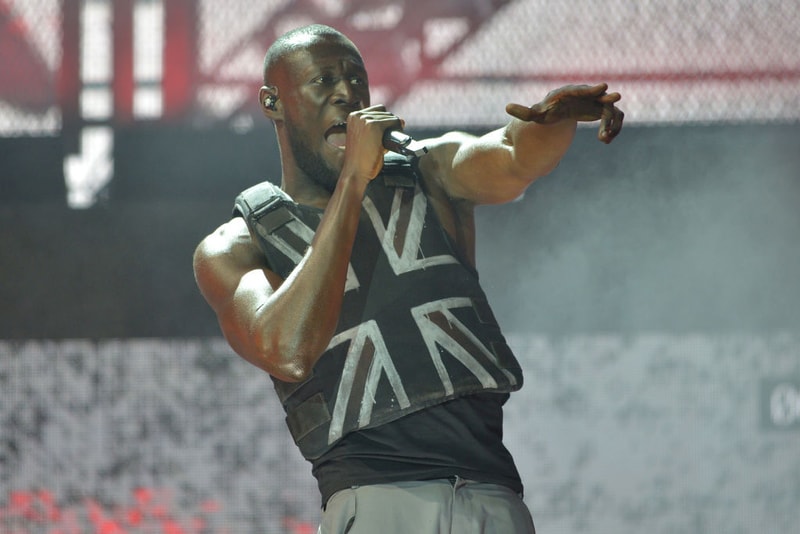 Stormzy hit a few milestones during day three of Glastonbury as he took the Pyramid Stage on Friday evening. He made history as the first black British artist to headline the long-running music festival and became the second youngest solo act at 25 years old–bested only by David Bowie who headlined the event at 24 in 1971. The rapper also donned a unique stab-proof vest during his set, which was later revealed to be created by none other than Banksy.

. I made a customised stab-proof vest and thought – who could possibly wear this? Stormzy at Glastonbury.

The anonymous street artist and activist took to Instagram to share the custom vest he created, which features the Union Jack painted on the front.

"You’ll never know what this means to me. I feel like I am dreaming this is all a dream. Honoured, grateful, thank you, I don’t have any words for this. ❤️? Tears of joy" Stormzy commented in the post.

The vest alluded to the knife crime crisis in Britain that Stormzy has rapped about in the past. He also took the opportunity to speak about the ongoing racial inequality in the justice system, which caught the attention of Labour Party politician David Lammy.

✊??? @stormzy using his headline spot at #glastonburyfestival2019 to speak out about the injustice of young black kids being criminalised in a biased and disproportionate justice system. Humbled and inspired that he sampled my speech. Salute #Merky pic.twitter.com/iSG3PMssrd

Watch Stormzy’s latest video for his single "Crown" and take a look at some of the other music festivals happening across Europe this summer.