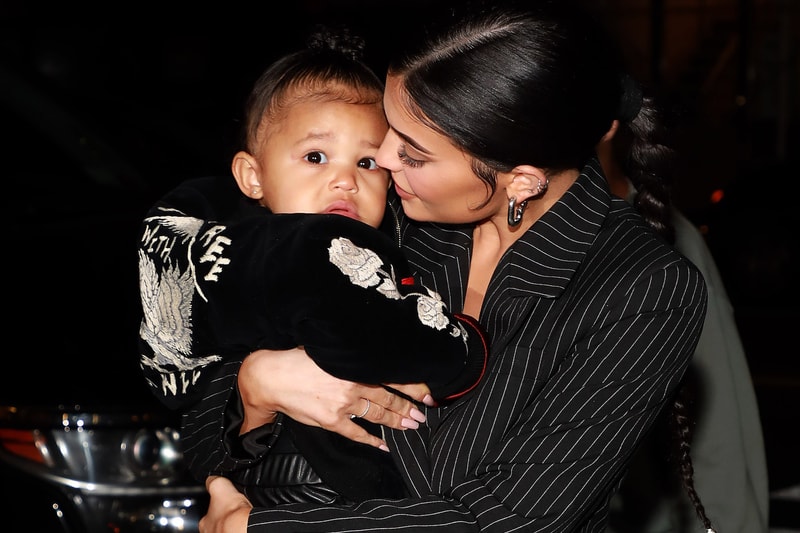 Kylie Jenner‘s daughter Stormi is only one year old, but she’s just landed her first-ever magazine cover, gracing the latest issue of Harper’s Bazaar Arabia alongside her mom and grandmother Kris Jenner. The daughter of Kylie Jenner and Travis Scott has been making frequent appearances on the family’s social media channels, and we guarantee this is only the beginning of Stormi’s life in the spotlight.

Alongside the cover, the latest issue of Harper’s Bazaar Arabia features an interview with Kylie Jenner where she opens up about her experiences becoming a mother, how her life has changed and how much Stormi means to her. “When I became a mother, my perspective on life completely changed, and so did how I look at my own mum and appreciate all the things that she’s done for me,” Jenner stated, adding that, “Now I can understand the way that she feels about me, the way that she loves me, and how strong her love is for all her kids, because of how obsessed I am with Stormi.”

The star also spoke about being a role model, and how having Stormi has made her more aware of the role she has.“Mentally, for me, I try not to focus so much on being a role model and still be myself. But I do understand how many young women look up to me and that I have to think about everything that I put on the internet or what example I want to set for my daughter. Especially now that I’ve had her, I think about that a lot more,” she says.

Take a look at Stormi Webster on the Harper’s Bazaar Arabia cover alongside Kylie and Kris Jenner below, and read the full interview here.

i got it from my mama ? @harpersbazaararabia

i never thought much about a mother’s love until i became one myself. there’s no words strong enough to tell you how much i love you and how blessed i am to have you in my life ♥️? @harpersbazaararabia