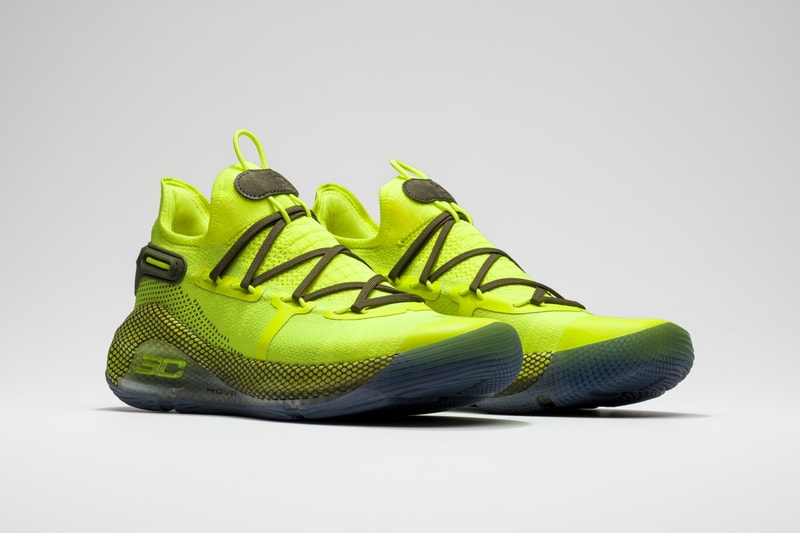 As we near the end of March Madness with the Final Four games taking place this weekend, Under Armour and Steph Curry have decided to reward three teams by gifting them with various pairs of the Curry 6. As the Red Raiders and Tigers make their first appearance in the tournament, while the women of the Fighting Irish return to defend their 2018 title, the kicks reflect each team’s unique narrative that has brought them this far.

All three teams received pairs of the neon-hued Curry 6 "Coy Fish," which Steph donned during the NBA All-Star Game in Charlotte and released in February. Additionally, the players scored additional colorways of the Curry 6 that matched the spirit of their team.

The Texas Tech Red Raiders received the Curry 6 "Working on Excellence" which gives credit to the team’s upperclassmen for their hard work.

Thanks for the new heat, @StephenCurry30!

We’re looking forward to rocking them this weekend at the #FinalFour! ??

Meanwhile, the Curry 6 "Underrated" fits the Auburn Tigers as they were one of the least likely to make it to the Final Four and reflect Steph’s journey of people who doubted him in the beginning.

New heat in time for the Final Four! ?

Last but not least, the women of Notre Dame’s Fighting Irish were gifted the Curry 6 "Splash Party" to celebrate their return to the Final Four and remain the No. 1 seed team.

Our squad got a special surprise from a certain MVP before Friday’s National Semifinal.

We’re proud to have you in our corner, @StephenCurry30.#WFinalFour #GoIrish pic.twitter.com/OrtTYf5h5Y