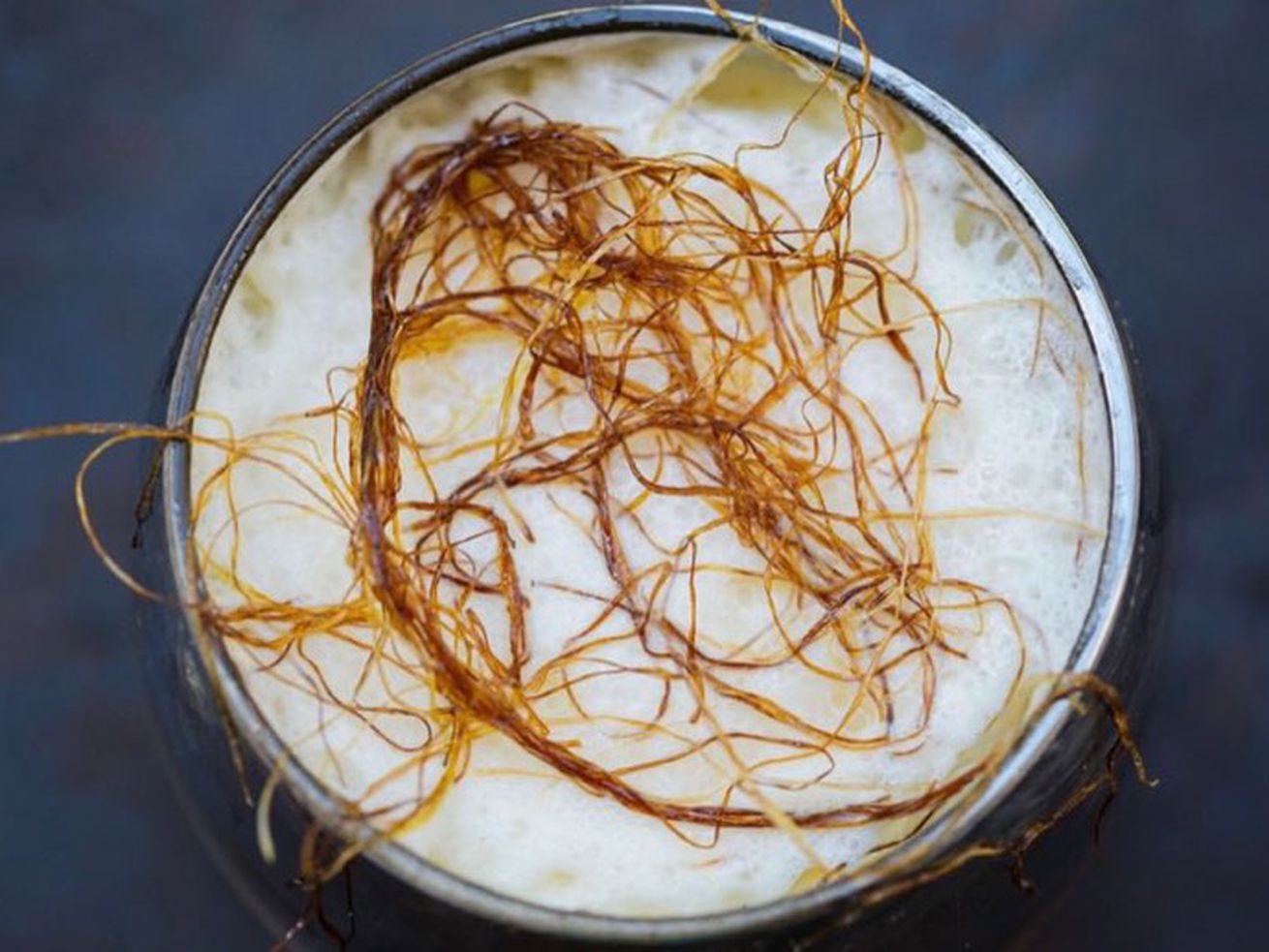 Innovative bartender Matthew Biancaniello returns to the Hollywood Roosevelt this month. Biancaniello launches a three-month residency at the Library Bar with an omakase cocktail menu, where Angelenos will trust Biancaniello to create his unusually successful drinks from April 16 until June 6.

Biancaniello’s Malibu restaurant Mon-Li was open for nearly one month before the Woolsey Fire swept in and damaged the building at the Calamigos Guest Ranch and Beach Club property. The twelve-seat Mon-Li is still currently closed, but last November Biancaniello estimated Mon-Li would open in spring of this year.

The next step is a homecoming of sorts at the Hollywood Roosevelt, where Biancaniello began his career a decade ago. Mostly used as a private event space, The Library Bar will serve as the setting for his omakase drink menu every Tuesday and Thursday until June 6.

Since last year, Biancaniello has continued to experiment in his own kitchen making preserves, tinctures, spices, sauces, and unusual ingredients with alcohol. There’s no menu for his Library Bar residency, but he’ll make a uni shot with stinging nettle-infused gin with smoked soy sauce, and asparagus froth, or an Old Fashioned with sea moss-infused mezcal, almond liqueur, homemade honey mussel garam, and candy cap mushroom bitters, to name a few.

Biancaniello will guide imbibers into developing a cocktail on the spot for $17. He’ll also serve smaller versions of some drinks which range from $5 to $7. Hours will be from 6 p.m. until midnight for the duration of the residency.