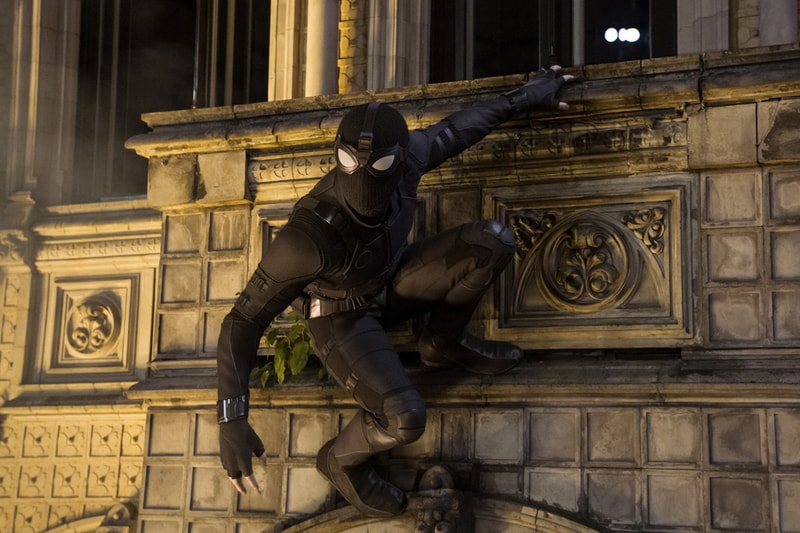 Since being introduced into the Marvel Cinematic Universe three years ago in Captain America: Civil War, Spider-Man has already seen a few suit upgrades thanks to billionaire industrialist Tony Stark.

However, with Spider-Man’s latest standalone film Far From Home set to release next week, Sony Pictures and Marvel Studios have given the webbed hero a few major makeovers. And now fans have been given a few more detailed looks at Spidy’s upcoming stellar suits in a new set of theatrical posters and a short video vignette.

In the exclusive posters shared by Regal Movies and Dolby Cinema, Peter Parker/Spider-Man’s Stealth Suit can be seen in different poses. On the new suits, executive producer Eric Carroll explained to ComicBook.com, “It’s inspired by a bunch of different looks in the comics. We have Noir, Big Time — but of course, when Ryan [Meinerding, concept artist and Marvel Studios head of visual development] was designing this, he has all the past S.H.I.E.L.D. agents in mind, so it’s very reminiscent of what Black Widow or Hawkeye wear. And it’s got all these little details, which Ryan’s amazing at.”

“We thought [the Stealth Suit] was so cool, but [director] Jon Watts really wanted to find a way to make it less cool. So he gave them these cheesy flip-up goggles, like those ‘80s glasses. [Tom] has to operate them manually, there’s no cool mechanism… And we’re like, ‘No, that’s the point… dumber! It’s got to look really dumb, when he has to flip that up.’ So, at the eleventh hour, he’s looking down all these imposing characters — Nick Fury and so on — and then [Peter] has to flip this up and talk to him. It’s not actually capable of much — it sort of strips Spider-Man back, and it’s now him relying on his powers But it is his ability to act as Spider-Man without the world knowing Spider-Man is there. It’s just an idea he has to keep his identity from his friends, but it’s awesome.”

Sony Pictures also released a new clip that explains where all of Spidy’s suits came from. Tom Holland himself can be seen in the one-and-a-half-minute video describing each one. Check it out below.

Spider-Man: Far From Home lands in theaters July 2. For more on the upcoming film, the potential Far From Home post credit scenes have been revealed.

13 days. Check out our exclusive poster from #SpiderManFromHome and discover it in Dolby Cinema July 2. Get Tix Here: https://t.co/JZHcr408N6 pic.twitter.com/CSkIeNwckA