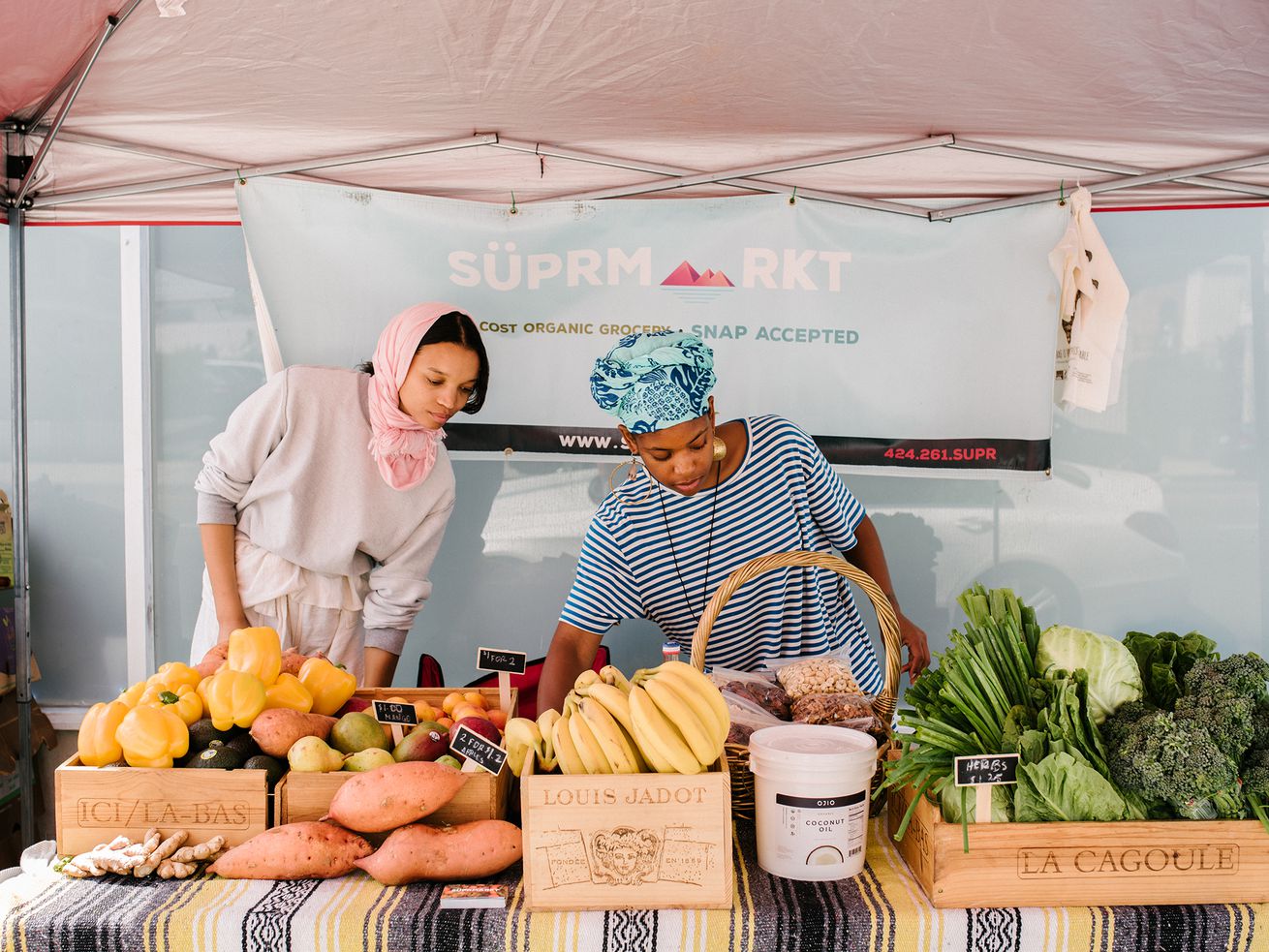 SÜPRMARKT needs to raise $111,000 to open at the former Mister Wisdom space

When Crenshaw’s longstanding market Mister Wisdom closed back in 2018, the surrounding community felt the impact. SÜPRMARKT founder Olympia Auset was one of them. For decades, Mister Wisdom was of the few area markets offering healthy and low-cost food options within South LA. Auset hopes to step in where Mister Wisdom left off. Just yesterday, Auset launched an IndieGogo campaign to fund a new location for SÜPRMARKT with an organic market and plant-based deli right on the same property as the beloved Mister Wisdom.

Founded in 2016, SÜPRMARKT brought weekly produce pop-ups and delivery services for LA’s food deserts, or neighborhoods with limited access to affordable and nutritious food. Before launching the organization, Auset relied on Mister Wisdom’s produce inventory and even traveled at least two hours by bus to find well-priced organic produce and meals.

SÜPRMARKT currently sells produce and dry goods throughout South LA. Auset envisions a grocery store where people can also sit down for a meal. “We recently found out Mister Wisdom was closed. I didn’t find out until Nipsey Hussle’s passing. We want to turn (Mister Wisdom) into a grocery store. I don’t want to go to my friend’s funerals because they don’t have good food available to them.”

Auset recently appeared in the new PBS show Broken Bread with host Roy Choi, which focuses on social justice issues including food deserts, food waste, and sustainability. Funds from the IndieGogo campaign will inject money into the first SÜPRMARKT, which will include healthy snacks, prepared meals, and grab-and-go meals from vegan restaurants like Baba’s Vegan Cafe. Auset hopes to raise $111,000 to get things off the ground, and the campaign ends in about three weeks.