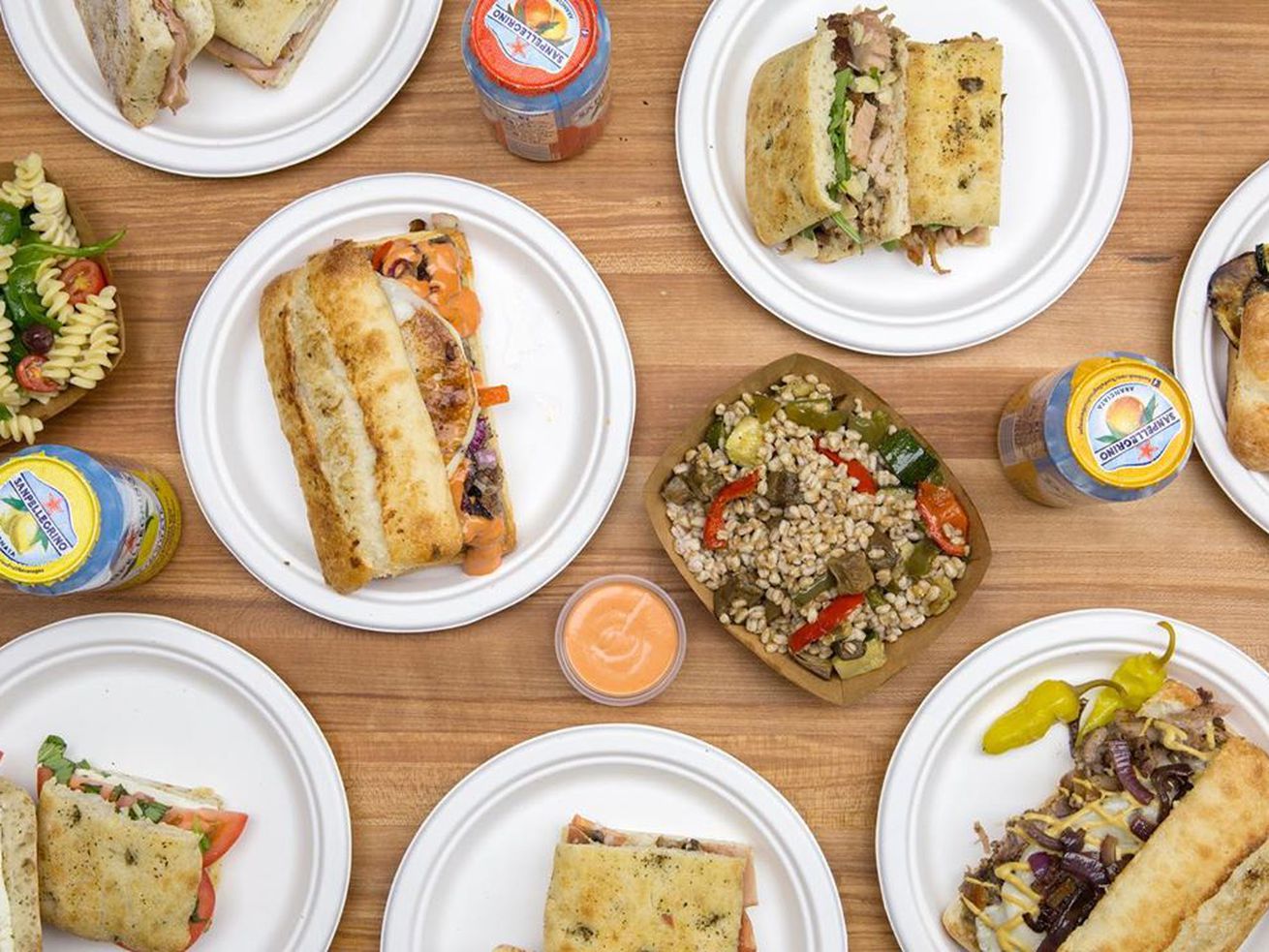 Plus LA’s best dumplings, and a party in South LA

Smorgasburg vendor Porchetta Republic has found a permanent home in Downtown. The pork-fueled sandwich spot has a smallish new space right at Garland and 7th, just west of the 110 freeway and next door to the Teragram Ballroom. The kitchen is mostly used for prep and delivery/takeout orders, though they are keeping regular hours from 10 a.m. to 9 p.m. 1220 W. 7th St., Los Angeles.

Franklin Village neighbors have long had beef with the owners of Villa Carlotta. The onetime low-rent apartment building was flipped into mostly Airbnb rental units a while back, and now ownership is again seeking a change of use to turn the property basically into a hotel, complete with a coffee shop and all-day cafe complete with alcohol. So far, the proposal has not been approved, says Curbed LA.

The LA Times is out with a big new list of great dumplings across the city, from the sheng jian bao at Shanghai No. 1 in San Gabriel to the big, knotty Georgian specialities at Glendale’s Khinkali House.

Magnolia House in Pasadena is adding hours, turning into more of a daytime cafe spot during the week. The update means lots more coffee and pastries, and a start time of 7:30 a.m. daily.

Have you heard? We’re becoming morning people! ☀️ Serving a full line-up of java starting at 7:30am! Come sip. ☕⁠

The LB Post is keeping tabs on all the development taking place down at the Long Beach waterfront. Word is that the upgraded amenities at Alamitos Beach and elsewhere will break ground soon, adding tons of new concession options to the revamped city-owned waterfront parks.

Headline’s Diner is taking over the former Lollicup space in Westwood, reports Toddrickallen. That means the longtime restaurant will earn a bunch more frontage to hopefully keep growing its casual business.

In the summertime swing

South LA legend Harold & Belle’s has a new outdoor seating situation to know about. The opening of the so-called Peacock Lounge coincides with the restaurant’s 50th anniversary, and it opens tonight with drink specials, music, and more.