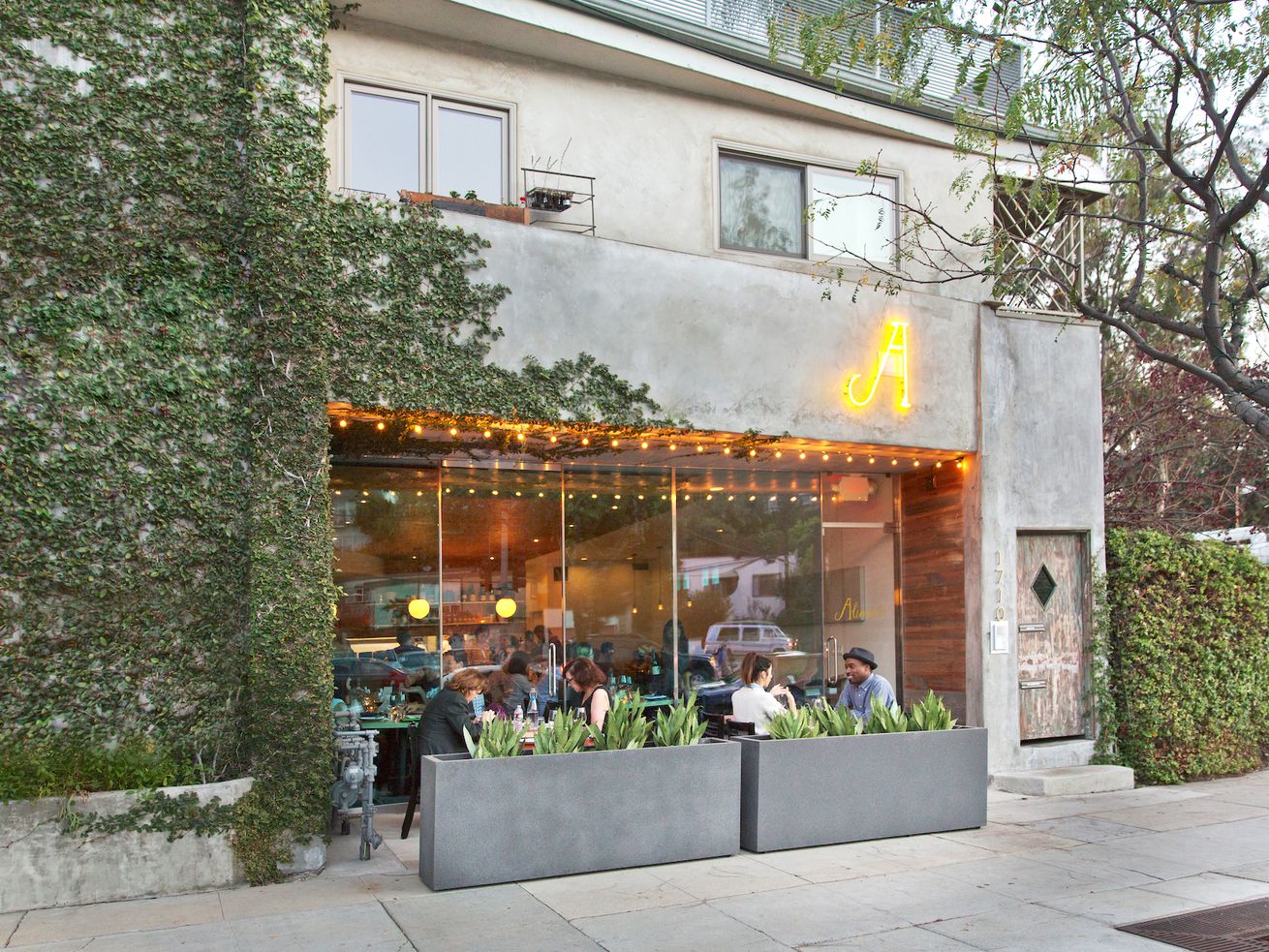 Plus Bon Appetit talks Little Dom’s, and a great wine deal at Ronan

Bon Appetit is going all in on America’s many red sauce Italian joints this issue, including a story about none other than LA’s own Little Dom’s in Los Feliz. The place earns high marks for being just old school enough, while still keeping its Southern California sensibility.

Pikunico is popping up tonight at Tabula Rasa Bar in East Hollywood. The laid-back wine spot will welcome chef Kuniko Yagi to cook up some fried chicken and ginger onigiri beginning at 6 p.m. sharp.

@pikunicola is popping up for one night only! Stop by for their drool-worthy Japanese-style fried chicken on Wednesday 4/17 starting at 6pm. They’ll also have ginger onigiri and cucumber seaweed salad Oh, and did we mention it’s gluten free?

A quick-service spot called Ocho Mexican Grill is opening this summer at Fig at 7th’s Taste food hall. The company already has locations elsewhere in Downtown and the South Bay, working a menu that focuses on burritos, tacos, bowls, and the like.

LA Times is digging the square slices available at Apollonia’s on Wilshire. The longtime pizza shop has gotten rather famous in the past year for its high-sided slices that come laced with a ridiculous amount of cheese.

Here’s a particularly adorable deal: Now through April 20, the fine folks at Ronan on Melrose are doing 50% off all bottles of rose at the restaurant as a way to celebrate owner Caitlin Cutler’s child on the way. Congrats to the family, and to drinkers wanting to get some rose for cheap.

It’s official: Baby GIRL Cutler #2 is on her way! We want to celebrate with you, so we’re offering 50% off bottles of rosé now through April 20th

Sweetgreen is confirmed for the former El Pollo Loco location on Sunset Boulevard in Silver Lake, per some recently-filed city paperwork. Expect a patio, lunch through dinner hours, and beer and wine.

Hollywood’s APL is doing a special whiskey dinner on April 23 with Garrison Brothers, the first legal bourbon producer to open outside of Kentucky. The meaty meal runs $135 all in, and will include a bunch of meats and sides, plus drinks of course.

Alimento is (finally) turning on the weekend lights for brunch service. Chef Zach Pollack’s popular five-year-old Italian restaurant in Silver Lake has been discussing the daytime option basically since its first year in business, but with its small square footage and Pollack’s other time spent at Cosa Buona, the logistics proved challenging. Now brunch has arrived, with options for everything from ricotta doughnut holes to french toast and an english muffin breakfast sandwich with a poached egg. Some of the restaurant’s signature items will also be available — think fried chicken sandwich and cracked farro salad — when brunch kicks off on May 11. Look for Saturday/Sunday hours from 10:30 a.m. to 2:30 p.m., with wine and beer on offer as well. The opening brunch menu is below.