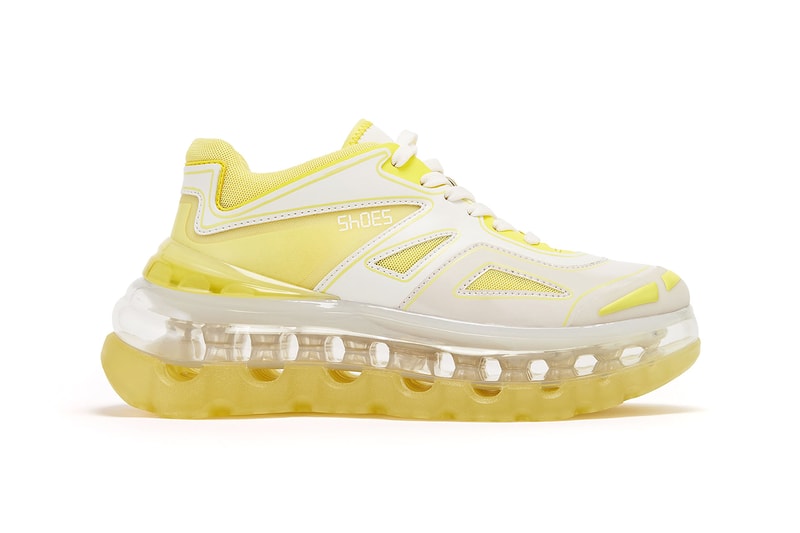 David Tourniaire-Beauciel — designer of the Balenciaga Triple S — has released the latest bold colorway to dress his Shoes 53045 Bump’Air silhouette. Dubbed "Acid," the new colorway adds both vibrant and subtle shades of yellow, as well as white on its overlays and branding.

The vegan sneaker features a signature platform air bubble sole unit which is stacked atop another carved rubber sole. Shoes 53045‘s Bump’Air is made from high-quality synthetic leather, TPU and mesh, and despite its colossal size, are described to "feel like slippers on a platform, walking on floaty boats, or dancing on the moon."

The sneaker’s ethos is to provide a non-conventional footwear option that’s designed in Europe and made in one of China’s best footwear manufacturers — which specifically specializes in producing high-tech sneakers. The Shoes 53045 Bump’Air "Acid" is currently available online for $400 USD and is available in both men’s and women’s sizing.