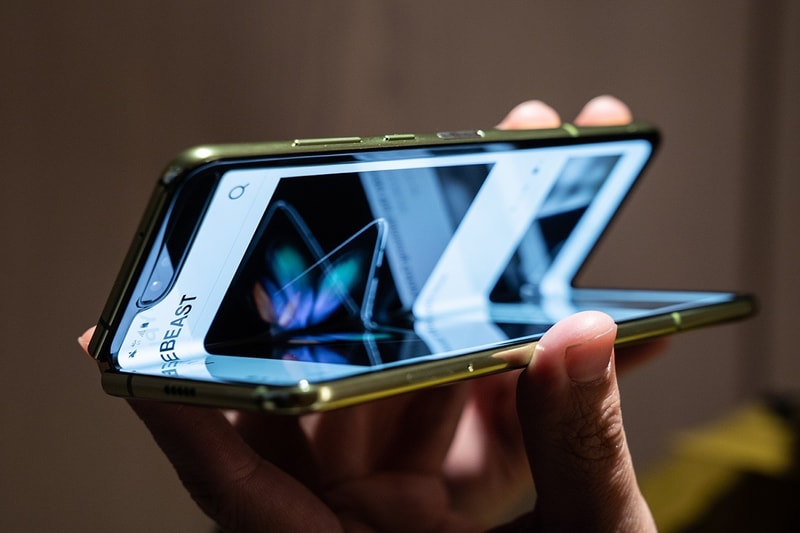 Samsung‘s innovative Galaxy Fold phone has just been revealed, and following the release of the first-ever foldable smartphone, early reviewers are reporting faults in the new device. The innovative model is reportedly breaking within only a few days of use, causing the tech-giant to investigate the issues.

CNBC‘s Steve Kovach posted a video of a broken and flickering screen, explaining that "after one day of use" the phone had already broken. Bloomberg‘s Mark Gurman also posted images of the device, adding that it was "completely broken and unusable just two days in." Last but not least, The Verge reported that “there’s something pressing up against the screen at the hinge, right there in the crease” and that “the bulge eventually pressed sharply enough into the screen to break it.”

Following these comments, Samsung released a statement which said that the company "will thoroughly inspect these units in person to determine the cause of the matter." It is not yet clear what the issue is, but problems could be stemming from users having "removed the top layer of the display causing damage to the screen. The main display on the Galaxy Fold features a top protective layer, which is part of the display structure designed to protect the screen from unintended scratches. Removing the protective layer or adding adhesives to the main display may cause damage. We will ensure this information is clearly delivered to our customers."

It remains to see what will happen to the device, but Samsung is still confirming that the $1,980 USD Galaxy Fold will be releasing on April 26. Let us know your thoughts in the comments below.

After one day of use… pic.twitter.com/VjDlJI45C9

The screen on my Galaxy Fold review unit is completely broken and unusable just two days in. Hard to know if this is widespread or not. pic.twitter.com/G0OHj3DQHw