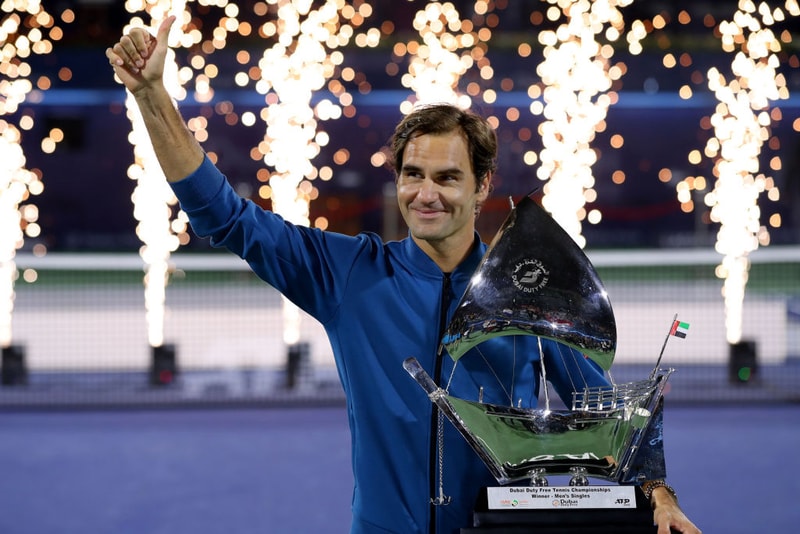 After teaming up with Belinda Bencic and defeating Serena Williams and Frances Tiafoe during a doubles match at the Hopman Cup in January, Roger Federer has hit another milestone in his career. On Saturday, the tennis player defeated Stefanos Tsitsipas 6-4, 6-4 to win his 100th ATP singles title. The achievement makes him the second male in history to accomplish this feat after Jimmy Connors, who still holds the crown with 109 wins. The victory is also noteworthy as 20-year-old Tsitsipas unexpectedly beat out Federer in the Australian Open fourth round earlier in January.

"I’m delighted. It’s great to win my eighth here in Dubai and in combination with my 100th singles title," quoted Federer.

"As for records, we live in an age where every record has to be shattered, but not for me. We’ll see how much more I have left in the tank, but reaching 100 is a dream and tonight was a very special evening, but it’s not about breaking every single record."

In order to obtain his 100th win, Federer has won an ATP trophy in nearly every season since his first title. The 20-time Grand Slam celebrated his landmark victory on Twitter with a photo on the court after the match.