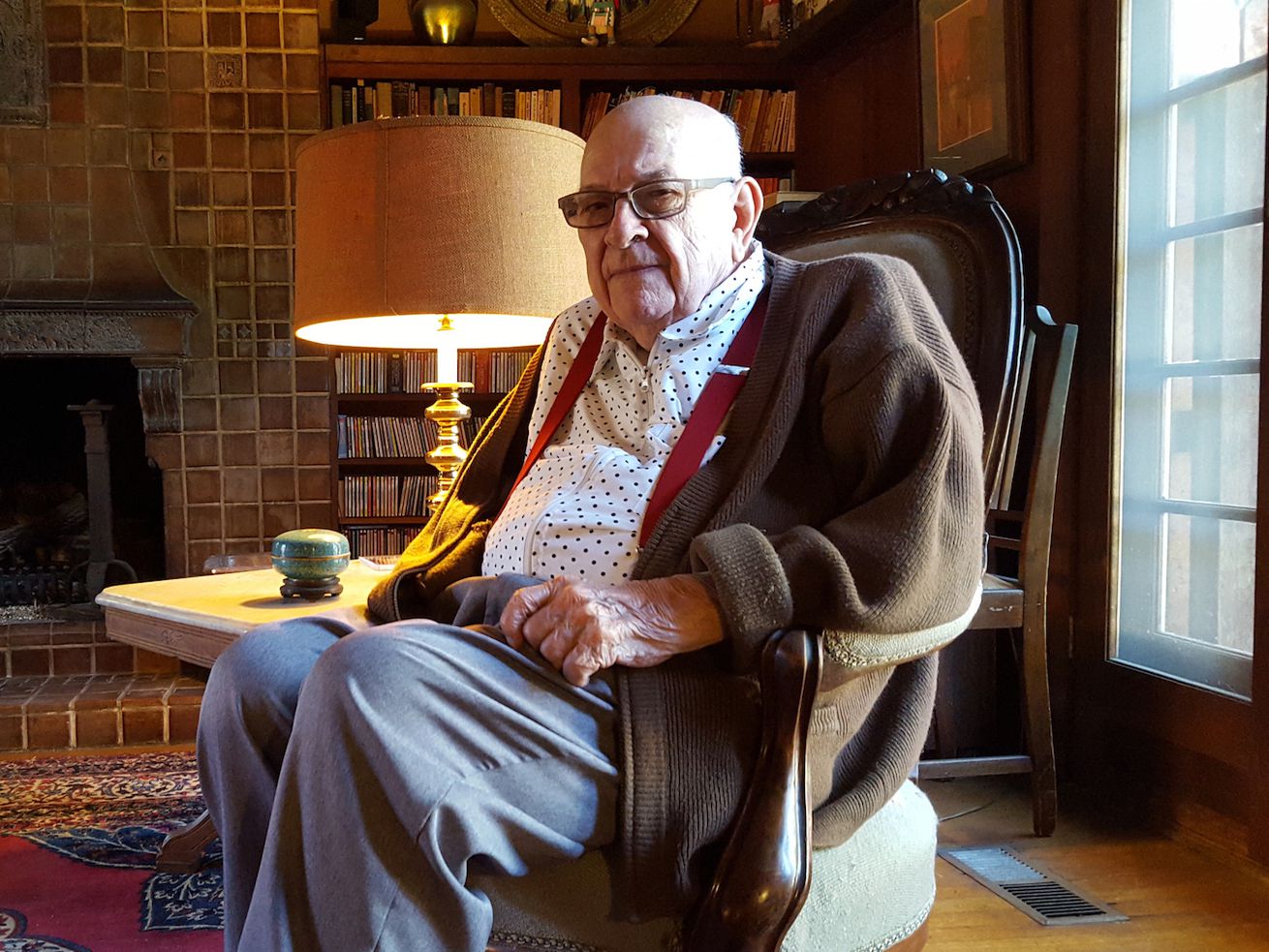 Winter “lived and breathed the built world of Los Angeles”

“I’m sorry he couldn’t go on forever,” Magnuson tells Curbed. “He was always meeting new friends who were drawn to his sense of humor and passion.”

Winter’s seminal work, An Architectural Guidebook to Los Angeles, written in collaboration with David Gebhard, has graced the bookshelves of Southern California architecture enthusiasts since its first edition debuted in 1965.

Winter was especially well known as an expert on Arts and Crafts architecture—partly because of his many writings on the subject, and partly because his own home, built by architect and tile manufacturer Ernest Batchelder, was such an exquisite example of the style.

Born in Indianapolis, Indiana in 1924, Winter attended Dartmouth University and Johns Hopkins before accepting positions at UCLA and then Occidental College, where he taught for more than three decades.

In a 2009 profile published in the Occidental Weekly, Winter described his initial reservations about moving to uncultured Los Angeles, imagining himself arriving as “a missionary to the heathens.”

But Winter would eventually become one of the region’s greatest advocates, fostering appreciation for LA’s diverse, often innovative, architecture and complex urban landscape.

He also never shied away from searing (though usually humorous) criticism. In a 2017 interview with Curbed, Winter described plans for a redesigned Los Angeles County Museum of Art by Swiss architect Peter Zumthor as “Trumpitecture:” a billionaire’s “conception of what the great unwashed think is nifty.”

Magnuson says Winter brought this sense of humor to the classroom, where he performed comedy acts—including a gorilla impersonation—to engage students and stoke their passion for architecture.

In an emailed statement, Paddy Calistro, publisher of Angel City Press, which last year released the sixth edition of the Architectural Guidebook, calls Winter “the Godfather of LA Architecture.”

Calistro says Winter “was the last of a group who lived and breathed the built world of Los Angeles, the people who experienced the development of midcentury modern architecture before there was a term for it.”