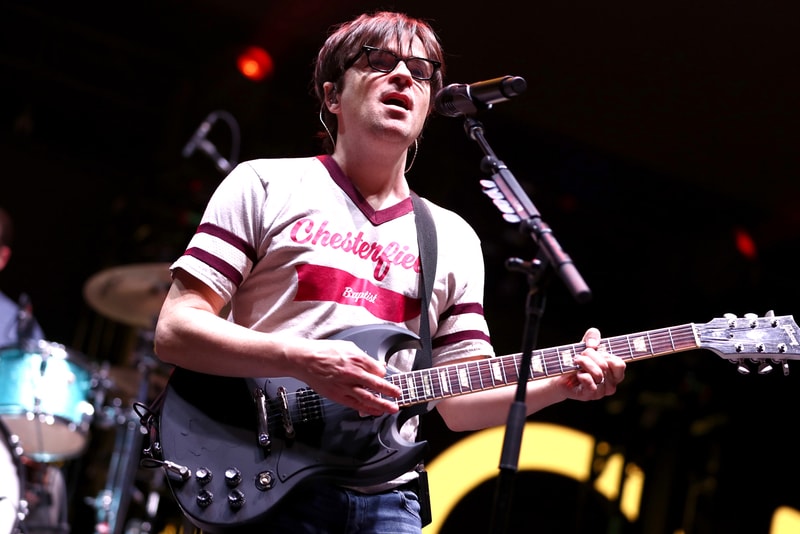 Weezer’s highly-anticipated The Black Album isn’t due until Friday, but the band has already announced not one, but two new albums coming our way. Frontman Rivers Cuomo confirmed the news, revealing the titles and concepts in a recent interview.

Catering to fans who prefer Weezer’s heavier guitar-driven sound, Cuomo got the idea for the first album Van Weezer (working title) after observing the crowd’s positive reaction to his guitar solo during their live performances of "Beverly Hills." On the other hand, Okay Human — a likely play on Radiohead’s seminal OK Computer — accommodates an audience looking for easy listening. Taking inspiration from Harry Nilsson and Ryan Newman’s 1970 album entitled Nilsson Sings Newman, the second record heavily relies on the piano, topped with orchestration that the four-piece recorded at Abbey Road.

Van Weezer and Okay Human will mark Weezer’s 14th and 15th albums, and possibly their seven and eight albums to be released in this decade alone. Although Cuomo didn’t disclose the order or the drop dates, he teased, “Van Weezer is in mortal combat with Okay Human, a record that’s mostly done."

In case you missed it, Weezer’s The Teal Album came out this January.

Just finished a 4 song jamb session at the @npr @tinydesk in DC. Everyone was super nice. We failed to locate Nina Totenberg however. We hope she was there in spirit. They will be putting the session online soon. #karlscorner @nprmusic