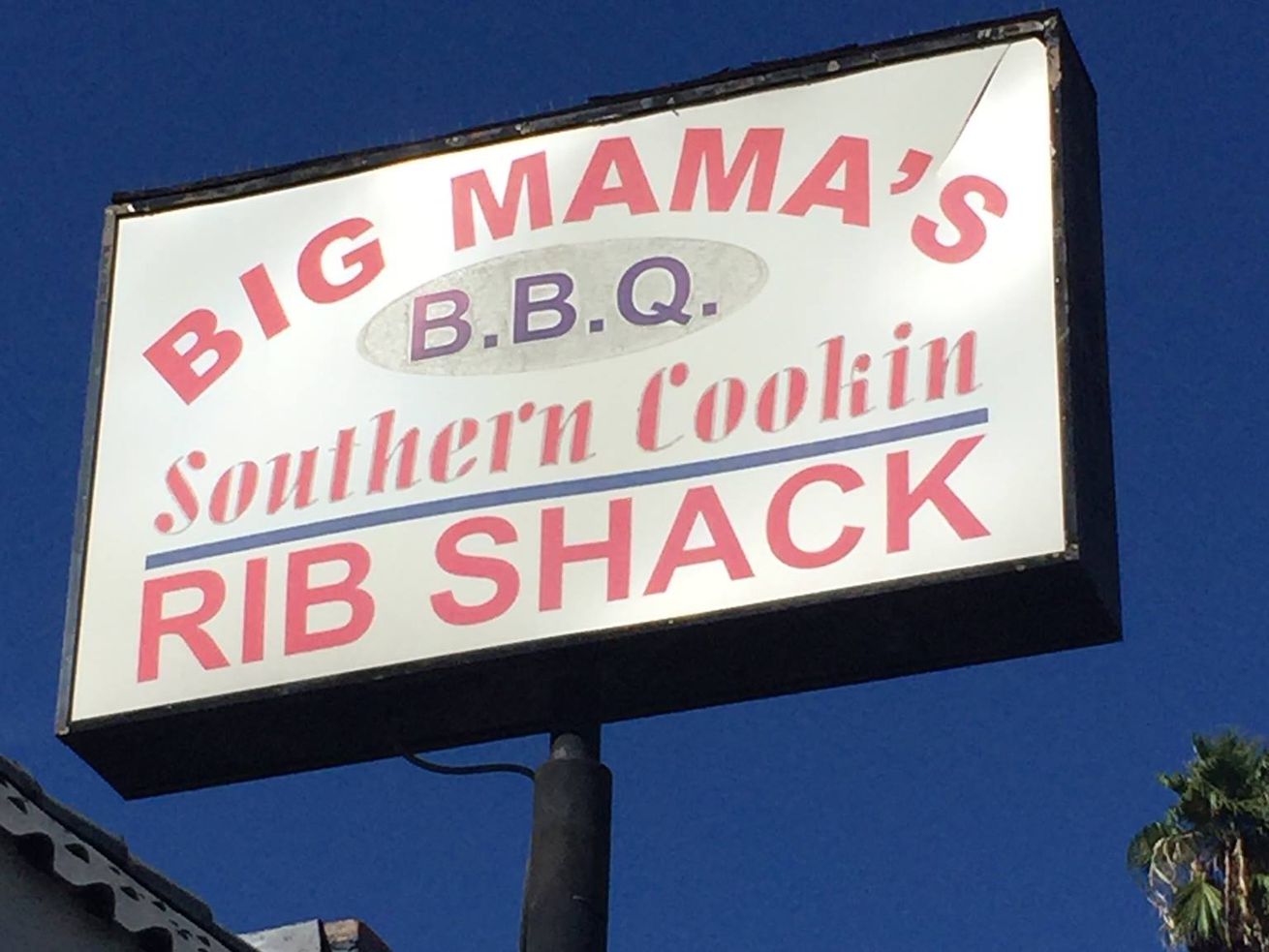 One of Pasadena’s longest running Southern food spots will close on July 20. The 17-year-old Big Mama’s Rib Shack recently lost its lease, leaving the owners without a space to keep slinging some of the area’s best barbecue. The McWhorter’s are no stranger to restaurants, having owned and operated restaurants throughout Pasadena since 1970.

According to Sierra Madre Weekly, owners Darron and Dargetta McWhorter are searching for a new space to continue the catering business. Prior to starting Big Mama’s, their parents, Dargin and Anita McWhorter, opened Emma Sue’s Fish and BBQ on Fair Oaks in Altadena in 1970. In the early 1980s, the family opened Southern food restaurant on Colorado between Raymond and Fair Oaks Avenue, before Old Town’s present iteration of modern shops and restaurants. The name Big Mama’s hails from Dargin McWhorter’s mother, Emma Sue Miller McWhorter.