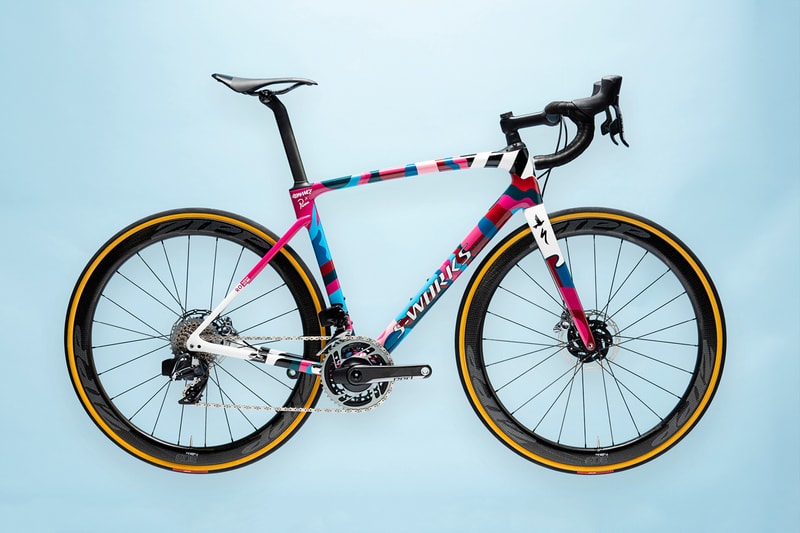 After recently showcasing its collaboration with Nike, Parra has teamed up with Romance once against, following up their Cycling Kits for a special one-off bicycle that’s been fully customized. Dubbed "Specialized S-Works Roubaix," the bike is set in a series of splashy pop colors that gloss over an array of finely tuned parts.

Doused in creamy palettes of pink, blue, magenta and navy, Parra’s signature colors shine over the frame. To match its stem, handlebar and integrated shift lever, its saddle, seat post and tires have been given a sleek black treatment. Branding appears at the front fork as well as the rear tubes, while its cassette, chainring and crankarm are polished in black and silver accents. As a finishing note, bright yellow highlights at the wheels round up the design.

The bike will be auctioned for charity from August 6 – 16 with all proceeds going to the World Bicycle Relief – an initiative that provides bicycles to those in developing countries for easier access to education, healthcare and work.

Get a closer look at the custom Parra x Romance Specialized S-Works Roubaix and head over to rmnc.cc to see more.