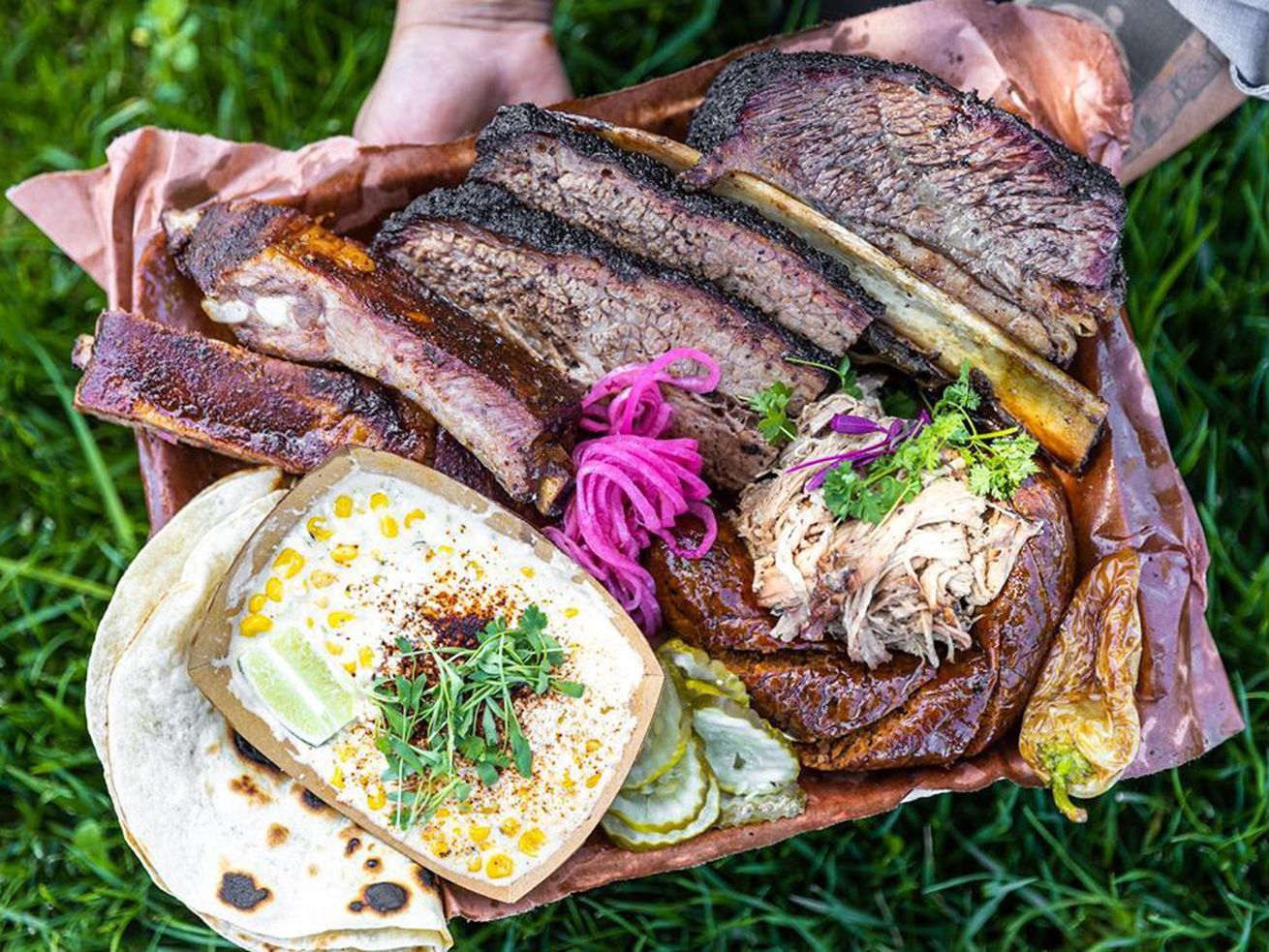 Heritage Barbecue is moving to a space in San Juan Capistrano

According to local barbecue blog Kevin’s BBQ Joints (and confirmed by Eater), Heritage owners Brenda and Daniel Castillo will jump to a sizable spot on Camino Capistrano, adjacent to the historic San Juan Capistrano mission and near the busy train stop. The former Mission Grill address is currently under construction, with hopes for a fall arrival.

The new space should offer plenty of room to smoke brisket, ribs, and chicken in the low and slow Texas style that Heritage has become known for. So far, the Castillo’s are focusing on lightly changing the exterior look and the patio mostly, but they’re also trying to add a stand-alone contained room for a pair of 1,000 gallon offset smokers. If successful, Heritage Barbecue would be among the first fully permitted barbecue restaurants to use offset smokers anywhere in Southern California.

Join us for a very special Saturday Popup with our buds @greencheekbeer in the City Of Orange We’re kicking off their anniversary weekend at 12 noon and I know our friends have a few surprises in store for tomorrow but you didn’t hear it from us!! hope to see y’all there!! ❤️ : @bfeinzimer

Heritage Barbecue’s plan is to open by this fall, working a menu that includes the basics as well as tri-tip, pulled pork, and seafood. Hours will run 11 a.m. to sell out. In the meantime, catch them popping up across Orange County, including this weekend in Huntington Beach.