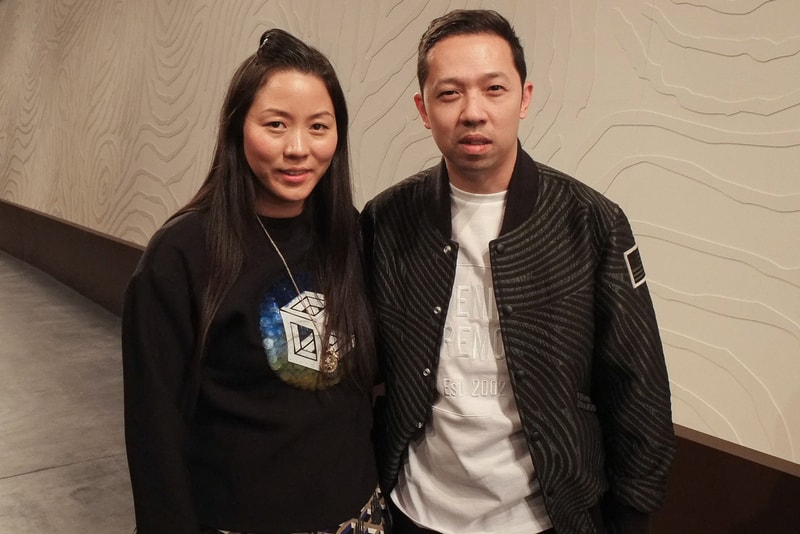 After eight years at fashion house KENZO, Opening Ceremony founders Humberto Leon and Carol Kim are parting with their roles as the Creative Directors behind the LVMH-owned brand. After showing their final collection at Partis Fashion Week on June 23, the duo will officially be exiting the house on July 1.

Originally joining with KENZO back in 2011, roughly a decade after launching the Opening Ceremony concept store in New York. The duo quickly rose to the top of boutiques worldwide for scouting up-and-coming fashion talent and stocking a broad range of young talent’s designs. The two were brought onto KENZO by the former head of LVMH Fashion Group Pierre-Yves Roussel, part of a growing emphasis by the luxury conglomerate’s new focus on rising American designers. Staying true to their unique take on playfulness, they introduced the now-iconic KENZO tiger embroidery and branding which soon became a crossover staple in both street style and luxury fashion scenes.

With the move, Humberto Leon and Carol Kim will be returning to focus on their Opening Ceremony imprint.