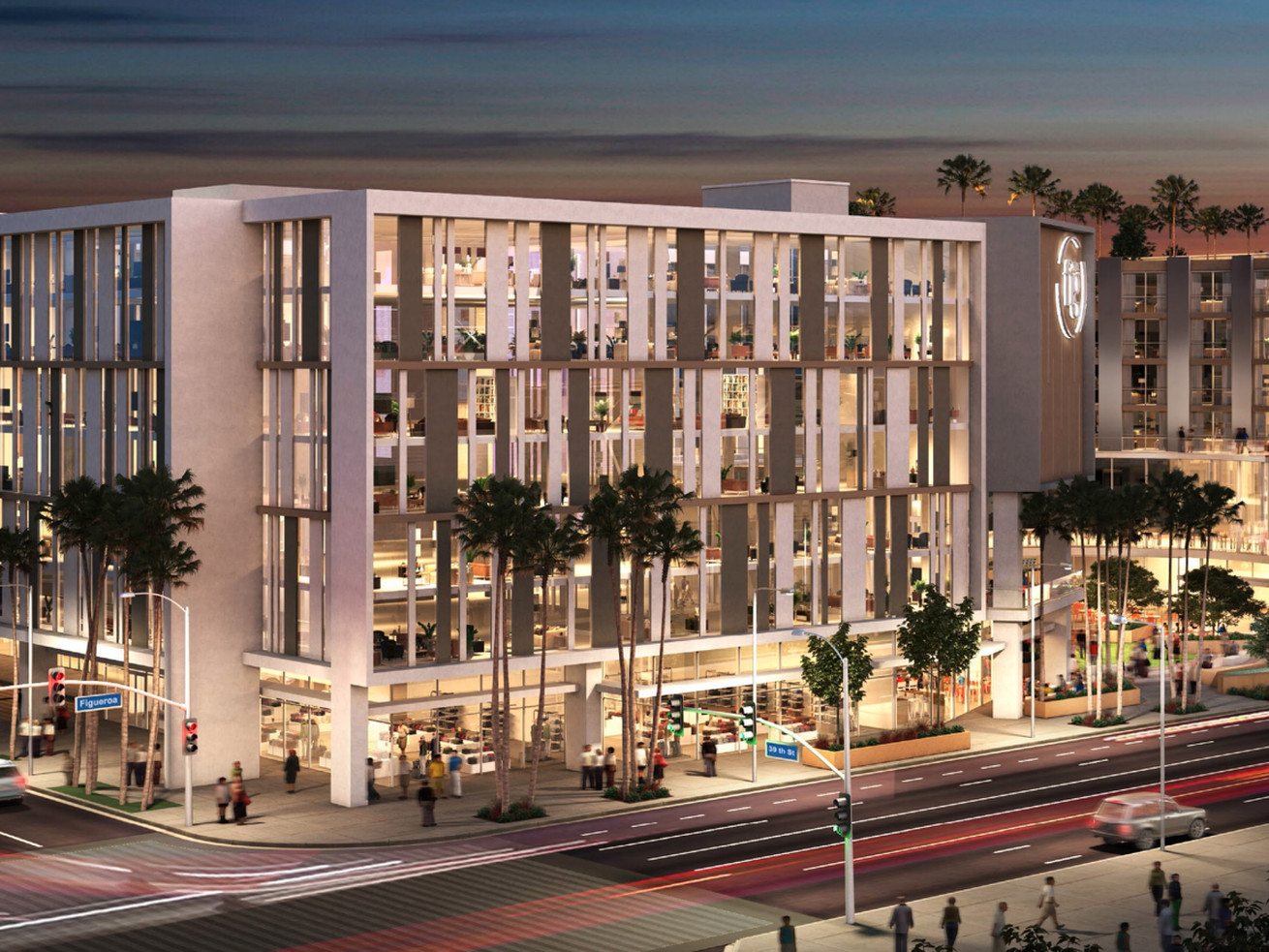 Strategic Actions for a Just Economy now supports the project, called “The Fig”

Plans for a housing and hotel development near USC that has been cleared to receive $103 million in tax breaks won the backing of the City Council’s planning and land use management committee last week.

Two appeals—both of which were denied Tuesday morning—had been lodged against the project, called “The Fig,” but minutes before the committee’s vote, Strategic Actions for a Just Economy did an about-face. It submitted a letter to the committee saying its concerns had been resolved, and it urged the committee to deny its appeal.

Mitchell Tsai, an attorney representing SAJE, said her organization had reached a resolution with the developer, Ventus Group, to establish a minimum settlement amount for tenants who would be displaced by the project. (Tsai would not disclose the settlement amounts, citing a confidentiality agreement.)

Thirty-two rent-controlled apartments will be demolished to make room for the nearly 300-room hotel, 408 apartments (82 of which will be set aside for tenants with low incomes), and a new parking structure that will go up at 3900 Figueroa.

The tide also turned with residents, who showed up to express their support for the project, calling it an investment in South LA.

Resident Lidia Rosales, speaking through a translator, told the committee she was “very happy with the project” and that she hoped to get a job in the new hotel.

The West Adams Heritage Association, however, stood firm in its opposition.

Speaking on behalf of the organization, Jim Childs told the committee that the developers “were arrogant and could care less” about destroying what Childs says are not only historic buildings but also housing that people can afford. Childs says the association would like to see the project go vertical (an older version of the project included a 21-story tower) and would support such a design.

As planned now, the project would take the form of three new seven-story buildings and an eight-story parking structure.

City planner Milena Zasadzien told the committee that the 21-story tower plan, similar to a plan studied as part of the project’s environmental impact report, would not meet all project objectives and would not be “feasible” financially for the applicant.

The plans now have to get final approval from the Los Angeles City Council.