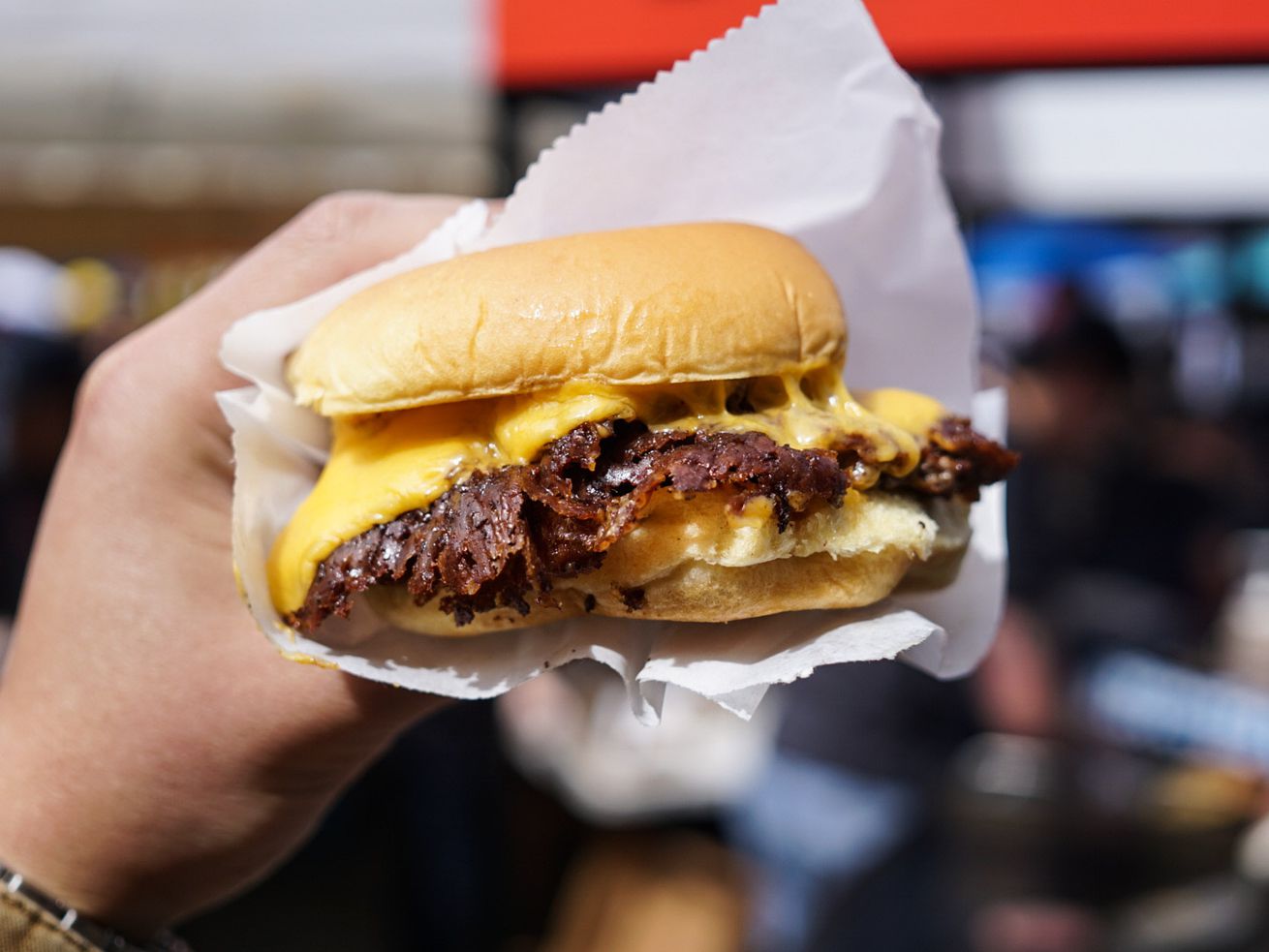 Plus a newcomer in Huntington Beach, and rare escamoles in Venice

Popular pop-up burger option Love Hour is going permanent at Smorgasburg. The smash-style patty that Love Hour trades in has become the new standard for street and backyard pop-ups around the city thanks largely to Burgers Never Say Die, but now the Downtown weekend food and craft bazaar at the Row will get its very own permanent tenant. Love Hour is the first permanent burger tent at Smorgasburg.

Patina has a new head sommelier: Jon Cross. Cross coms to the upscale Downtown restaurant inside Walt Disney Concert Hall after runnings the wine side of things for Culinary Lab restaurant group, the folks from Hinoki + the Bird, Rosaline, and others.

Growth along the coast

The team from Social in Costa Mesa is expanding their reach, jumping to a second location in Huntington Beach next. The plan is to open at 21214 Beach Blvd. by June.

We are so blessed and excited to open our second location for SOCIAL Kitchen + Craft Bar! “The development phase is my favorite because I get to be creative, execute a vision and bounce ideas around with my amazing teammates and partners.” – @andrewdorsey #SOCIALHuntingtonBeach opening late July | 21214 Beach Blvd. Huntington Beach, CA

Santa Barbara has a new cocktail option to know about inside the Hotel Californian. The project is called Djinn, and it’s hidden inside the property right off guest reception. Cocktails are crafted by noted LA barman Devin Espinosa.

The Fields is starting a new summer beer garden series, with brews from local and international breweries highlighted at an outdoor garden. The food hall next to LAFC’s Banc of California stadium starts with a Brouwerij West (from San Pedro) takeover on Friday and Saturday evenings, 5 p.m. to 10 p.m.

Chef Fernando Villagomez is hosting a series of rare escamoles dinners at La Tostaderia on Abbot Kinney over the weekend. The ant larvae ingredient is considered a delicacy in parts of Mexico, and this $50 dinner will showcase it alongside traditional sopes and other dishes.

Hatchet Hall in Culver City is offering a new way to dine, with a Sunday through Wednesday option for fried chicken and lots of Southern sides. Cost is $30 a head for the family-style feast, though do note that it only runs between 6 p.m. and 7 p.m.