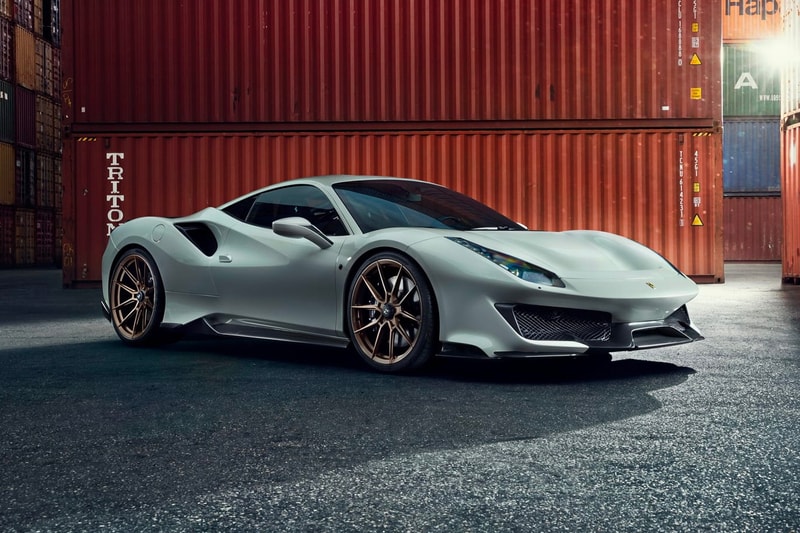 Originally clocking in at 710 horsepower, the three levels of engine tuning provided by NOVITEC can push the car’s twin-turbocharged 3.9L V8 to an impressive 802 horsepower, allowing it to make 0-62 mph in just 2.7 seconds — a full 0.2 seconds faster than it’s stock version. The top speed has also been increased from 211 mph to 214 mph.

Aside from power, NOVITEC’s kit also enhances the Pista’s aerodynamics with carbon bodywork such as custom hood molding, a new spoiler blade, a rear spoiler lip, and rocker panels. To handle the increase in power and speed from the upgrades to the car’s engine and bodywork, the Sports Package swaps out the original wheels with Vossen wheels available in 20, 21 and 22-inch measurements, which are then coupled with Pirelli P Zero tires. Suspension has also been improved with NOVITEC’s own hydraulic suspension system, and buyers have the choice of either a stainless steel or INCONEL high-performance exhaust system to round off the upgrades.

To purchase NOVITEC’s Ferrari 488 Pista Sports Package or to learn more about it, head over to the German brand’s website now.

Elsewhere in the automotive world, Rezvani has created the most powerful production SUV in the world — its 2020 Tank.