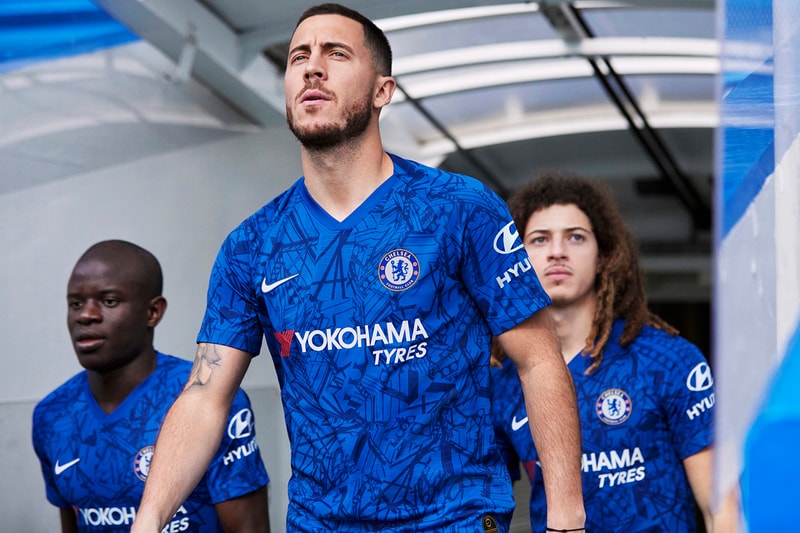 As we enter the final weeks of the 2018/19 Premier League season, Nike has debuted the kit that will be worn by Chelsea throughout next season. Taking inspiration from Stamford Bridge — the stadium that Chelsea has occupied since 1905 — the kit’s stand out feature is an all-over graphic print referencing the ground’s four stands.

Unsurprisingly, the home jersey comes in Chelsea’s signature shade of blue, with a red and white monogram on the collar as well as matching blue shorts and white socks. Other features of the shirt include the Chelsea lion — as appears on the club crest — which is featured inside the shirt with the slogan "Pride of London" around it.

Chelsea’s 2019/20 home kit will be worn for the first time on May 4, as the London club plays its final league home game of the season. It is available now from the Nike web store and Chelsea megastore.

For more football, refresh your memory of our recent interview with Chelsea’s Ruben Loftus-Cheek.